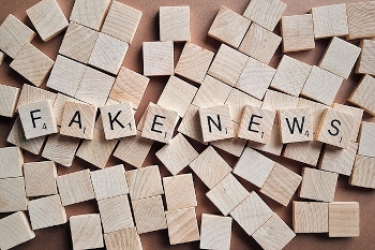 Image by Wokandapix from Pixabay

A News Corp reporter has resorted to weasel words in a bid to again push the falsehood that the Chinese telecommunications equipment vendor Huawei Technologies is pulling out of Australia.

David Swan, the technology editor for The Australian, wrote: "It follows revelations that Huawei is effectively pulling out of Australia, with its local workforce down to just 145 from a peak of about 1200." [Emphasis mine].

The "It" referred to was a marketing push by Michael Dell, the owner of the computer firm of the same name, to advocate for OpenRAN, a technology that aims to be a substitute for the end-to-end 5G network equipment that is supplied by Huawei, ZTE, Ericsson and Nokia.

Swan quoted Dell as saying Australia was right to ban the use of Huawei gear because of security concerns. However, he did not provide any proof to back up this claim.

As to the OpenRAN coalition, Dr Henry Kressel, a pioneer of the modern semiconductor laser device that enables modern communications systems, has dismissed any notion that it could produce anything in the short term to replace products from existing companies.

Swan wrote there were "new claims the China tech giant poses a national security risk", but again did not say when these claims surfaced.

As iTWire pointed out, when another News Corp reporter, Jennifer Dudley-Nicholson, made similar absurd claims, the last time any allegations were levelled at Huawei was in September.

Swan made a reference to an European defence agency — presumably the same Lithuanian claims — having said the Huawei P40 5G smartphone poses unspecified security risks, "including the potential for malware".

He forgot that every smartphone has the potential to be infected with malware. Or maybe it would not have served his argument had he mentioned it. Or maybe he is simply ignorant about it.

Swan said Huawei had "closed research labs and retrenched hundreds of employees after its revenue plunged following bans on its involvement in the country’s broadband and 5G networks".

All this is old hat and every time Huawei has made major staff cuts in Australia it has been nothing but open about it.

Swan also had the chutzpah to write: "Huawei was contacted for comment." But which company would react to a request for comment when the same falsehoods are repeated ad infinitum?

More in this category: « DTA not saying if firms certified as cloud hosts have compliance issues Telstra in box seat to buy NBN Co after its Digicel deal »
Share News tips for the iTWire Journalists? Your tip will be anonymous