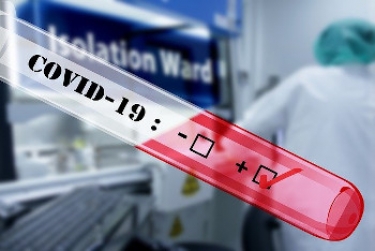 Australia's national broadband network is likely to come under an increasing load from Monday onwards as many of the nation's workers are forced to work from home due to the coronavirus outbreak.

For the first time, the fact that the Internet is an utility just like water, gas and electricity will be driven home, with force, as we go from just one peak period of use to continuous demand right through the day and night.

How will the nation cope? If anything, it will be a moment of truth. Having worked from home for nearly four years, one is fully aware of the pluses and minuses, and the issues that one can face when getting work done over what is at best an erratic network.

One has yet to see any statement from the good people who run this network, those who man the ramparts at the NBN Co. Nor has there been even a peep from the head of the country's communications portfolio, Paul Fletcher, about the extent to which the network can accept and carry this load. But then that is not surprising seeing as the Coalition Government is playing catch-up all the time and trying desperately to seem in touch, when it is far behind.

One is not talking about techies alone when it comes to working from home, but rather the entire range of office folk who will be forced to use their home gear, as offices shut down in a bid to indulge in the so-called "social distancing" that Prime Minister Scott Morrison has advocated.

Add to that the school children who will be getting online, some to ease their boredom, others to do their school chores. Only some private schools have chosen to ask their pupils to stay at home right now, but it is very likely that in the next few days, this will become the rule, not the exception. There is no better place for respiratory diseases to spread than a clamouring group of school kids.

Busy mothers and fathers often plonk their little ones next to them with a mobile device or a tablet in hand, just to distract them so that the parents can get some work done. This is on the odd occasion that said parents have to work from home. From next week onwards, it will become the new normal.

It all adds up to additional bandwidth and more strain on what has never shown itself to be a particularly robust network. This writer has had an HFC connection since October 2017 and seen more than 25 notices from providers about maintenance on the network. Plus, there is the occasional unscheduled outage.

No doubt, people will have a back-up in the shape of a mobile connection that can be used as a hotspot, when the NBN goes titsup. But then data quotas impose a limit on using those devices for too long in that role.

One does not wish to sound like a broken record and detail the history of the NBN, how we went from an all-fibre dream to mostly a copper and bits nightmare. But that is the reality and we are about to be bitten by it.

More in this category: « US bid to ban encryption without actually banning it Stuart Robert was right. Centrelink was denying service to Australians »
Share News tips for the iTWire Journalists? Your tip will be anonymous