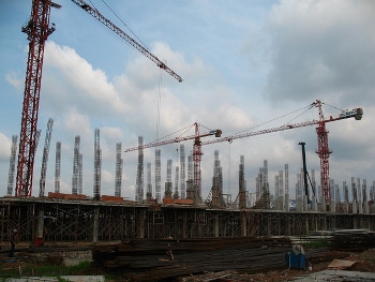 Thirty-five thousand Australian premises are yet to be connected to the national broadband network, but Communications Minister Paul Fletcher has declared that the network is "built and fully operational".

This declaration was made in a media release which was leaked to the Nine Entertainment newspapers a day early. That's the best way to get "exclusives" these days. [The release has now been removed; you can see a graphic of it below.] 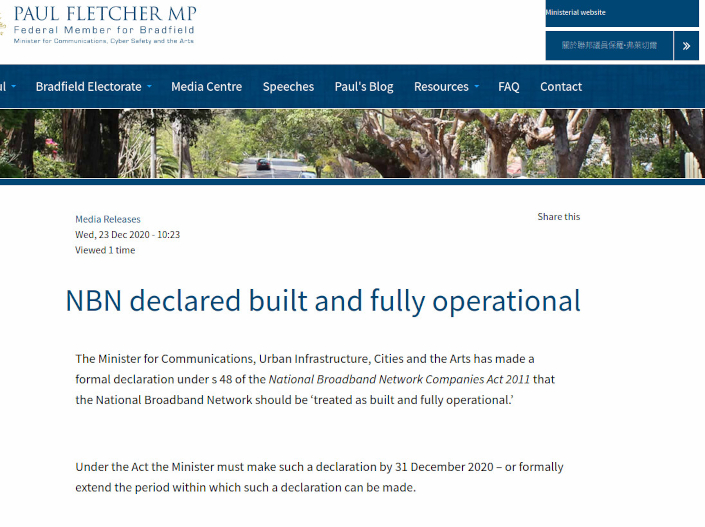 Given that, the use of reporting staples — the five Ws and the H — have been omitted by the Nine Entertainment newspapers technology editor Supratim Adhikari. Else the next release will not be leaked ahead of time.

The words are quite silly but, given that Fletcher is uttering them, are of sufficient import for others to muse on them as well.

One could, of course, put this down to the current Federal Government's overwhelming desire to keep making announcements – and then repeating those announcements ad infinitum.

Sometimes those announcements go awry as when Foreign Minister Marise Payne went on the ABC's Insiders program in April and made an announcement about an independent probe into the cause of the coronavirus pandemic.

Characterising that announcement as having caused trouble between Australia and China is probably the understatement of the year.

It doesn't matter if there is nothing to announce – one can always conjure something up out of thin air. For example, I have been getting an endless stream of announcements from the Energy Minister Angus Taylor this year; at last count, I would put it at at least 50 (a very conservative estimate). I think just a couple merited some coverage.

The NBN Co has been subsisting on fiction for a long time. Those who follow its fortunes would, no doubt, remember the peak of this trend, in October last year, when a report from consultants AlphaBeta was used to make the most fantastic of claims about the company.

How can one claim that 35,000 premises amount to nothing? Well, if one has had a year like Fletcher has had — during which he had to eat crow and more or less adopt the Labor plan for the NBN — one can understand the desperate need to project that _something_ has been achieved. Anything.

Many people regard the end of a year as some kind of significant time to tie up loose ends. Maybe that is what has driven an essentially incorrect statement. But then Fletcher is part of a government that has form in this regard, often making statements based on nothing. Or announcing the same thing multiple times.

It would thus be reasonable to expect this sort of thing to continue into 2021.

More in this category: « Bid to explain Red Hat's killing of CentOS makes users angrier Russia, Reuters and postcards make for a very silly red scare »
Share News tips for the iTWire Journalists? Your tip will be anonymous