MyRepublic chief keeps spirits up as he leaves the building 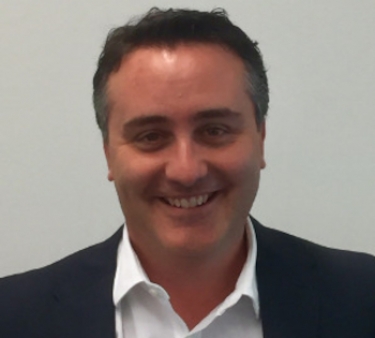 Nicholas Demos: let's hope he comes back to the industry. Supplied

Nicholas Demos has left the building. After five years managing the affairs of MyRepublic in Australia and New Zealand, he has taken his leave, but certainly not on a gloomy note.

That's been the hallmark of the man; no matter when one contacted him, he was always upbeat. Never one to moan about things, he provided good copy, being always willing to vent about the shortcomings in the industry.

During an informal chat on Thursday, Demos said Australia had been, by far, the hardest market for a new entrant like MyRepublic to make a dent. The group opened its first venture in Singapore, then went to Indonesia and New Zealand, before coming to Australia.

Back in 2017, Demos got under the skin of then NBN Co chief executive Bill Morrow, hitting out at him for making a blanket statement that Australians did not want high-speed Internet connections.

At one point during an interview with iTWire some years ago, he hit out at the big telcos — Telstra, Optus, TPG and Vocus — accusing them of ensuring that the average revenue per user earned by the NBN Co would continue to be low because they were pushing slow-speed connections to their customers in order to avoid popularising the NBN.

At that time, he said it was ridiculous that any company would offer plans with download speeds of 12Mbps on what was claimed to be a fast broadband network.

"But that means the cost of the subscription is lower than if one wanted a 100Mbps plan. So the amount paid to NBN Co is less – and that is what the big telcos want," he added.

Demos had no choice but to discount his plans when MyRepublic entered the Australian market in November 2016. I was one of his subscribers for a year, at an excellent price of $69.95.

For a while, Demos had a promotion going in Wollongong, offering gigabit connections to residents for $129.99, saying that he had done this to disprove the assertion by Morrow that Australians would not take up high-speed connections even if these are offered free.

Even when he hiked prices after one year to the region of $80, I had no problem staying on – but at the discounted prices, he could not afford to have support stationed in Australia. For me, that was the deal-breaker as the NBN at that stage was like a spider's web, collapsing regularly.

But he was not offended when I quit, saying he understood why I was leaving. Indeed, when I spoke to him on Thursday, he was the same blithe spirit that I have always known.

On Thursday, Demos told me that he had to undertake a lot of automation of functions during his time at MyRepublic, using chat for support. This, he said, had served him well during the pandemic. He said New Zealand was now a profitable operation, helped no doubt by the way that broadband has been rolled out there.

MyRepublic apparently has plans of expanding, with a recent announcement saying that the group would license its platform to Brunei's largest mobile operator.

Demos was reluctant to reveal what his next adventure would be, but said that he would keep in touch. I hope he comes back to the industry because it sorely needs people like him, people who will give the incumbents an occasional kick in the pants and shake things up.

More in this category: « Russians using ransomware to attack US elections, claims NYT Come to heel, Australia, says Pichai, holding out a carrot »
Share News tips for the iTWire Journalists? Your tip will be anonymous