Memo to Google and Facebook: please pack your bags and go Featured 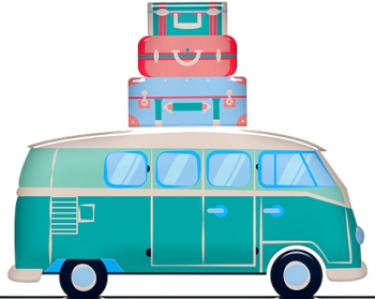 Image by Please Don't sell My Artwork AS IS from Pixabay

It will be interesting to see who blinks first in the tussle between the digital platforms and the Australian Government: Google and Facebook or Prime Minister Scott Morrison and Treasurer Josh Frydenberg.

On Friday, both Google and Facebook made it clear to a Senate committee that if the law, in its current form as introduced into Parliament on the last sitting day in 2020, was passed, then both companies would pull their services from Australia.

After tough talk from both sides, it is obvious that one has to give in. Morrison is still talking tough, saying on Friday: "Australia makes our rules for things you can do in Australia. That’s done in our Parliament. It’s done by our government, and that’s how things work here in Australia.

Google's ANZ managing director Melanie Silva had this sound-byte: "It’s not a threat. It’s a reality. If this version of the code were to become law, it would give us no real choice but to stop making Google Search available in Australia.”

Recently, Google has wheeled out well-known Internet personalities Vint Cerf, one of the men who helped build the network, and Tim Berners-Lees, the man who invented the Web, to push its case.

Both have made statements to the effect that the Australian law, if passed, would go against the so-called spirit of the Internet. Cerf, it must be borne in mind, is on the Google payroll and will therefore say anything his employers want him to say.

In the case of Berners-Lee, he is right to say that the Australian law will go against the original spirit of the Web. But he is mum on whether the naked commercialisation of the medium, by Google and Facebook foremost, conforms to that spirit either.

One suspects that the British scientist would be on shaky ground in making such a claim.

It is instructive that the stance taken by Google and Facebook comes after the government watered down the original law drafted by the Australian Competition and Consumer Commission before introducing it into Parliament.

The government gave ground on a number of issues: among them the time interval for informing publishers about algorithm changes; that digital platforms will be able to factor in the value of the service they provide to a news organisation in monetary terms before the quantum of payment is decided; and also that the law would only apply to Google Search and Facebook's NewsFeed. YouTube and Instagram are not covered.

Yet, like the Dickensian character Oliver Twist, the digital platforms want more.

There are few things in life which are indispensable and Google and Facebook think they fall into that category. I am sorry, but one needs to disabuse them of that notion.

We need air to live, else we would not be able to breathe. We need food, shelter and clothes. And we need medicines to heal us when disease threatens. Apart from that, nothing is indispensable.

I stand as testament to the fact that Google and Facebook are not needed by Internet users. I stopped using Google in 2009 and today I have only one Gmail address, which is used only to register my Android phone. I cannot afford an iPhone but [hint, hint] if Apple were to gift me one, I would gladly give up my use of Android. I have used DuckDuckGo since 2009, along with the occasional use of Bing.

No more Chrome either; I use Firefox, Opera, Vivaldi and, more recently, Edge. I have a dummy Facebook account so that I can access the iTWire Facebook page. I do all my work online and have faced no issues at all without using either of these two digital platforms.

The American comedian Bill Maher, long a critic of Donald Trump, wrote a nice little poem [see embedded video above] for his first Real Time show of 2021 last Friday [15 January], advising the 45th president to "pack your sh*t and go".

I have the same message for Google and Facebook. Can't operate under Australian law? Then please pack your sh*t and go.

More in this category: « Russia, Reuters and postcards make for a very silly red scare Google contradicts its own claims by trying to cut deals on the sly »
Share News tips for the iTWire Journalists? Your tip will be anonymous