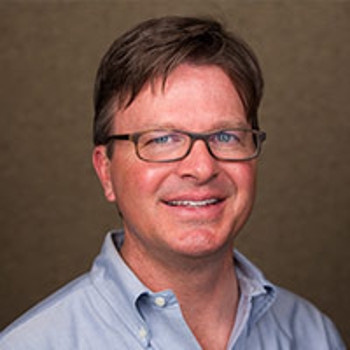 In what could well take the award for the most hypocritical tech statement of the year, Linux Foundation executive director Jim Zemlin last week announced that 2017 was the year of the Linux desktop – while using a macOS machine for his presentation.

Zemlin's statement was made during his keynote at the Open Source Summit 2017 that took place in Los Angeles from 11 to 14 September. 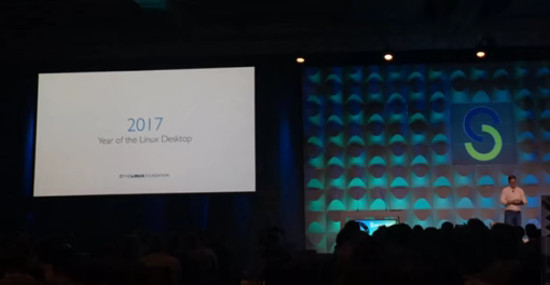 Jim Zemlin proclaims 2017 as the year of the Linux desktop at the Open Source Summit 2017.

He apparently did not see the irony in what he did.

Zemlin's use of macOS was noticed by Google security developer Matthew Garrett who sent out a couple of tweets about it.

Garrett mentioned the fact that Zemlin had been apparently using Apple's operating system for the last four years.

Sitting on a plane, watching Jim Zemlin use OS X.

Former open source journalist Bryan Lunduke, who now works for SUSE Linux, tore into Zemlin in an episode of his regular podcast, The Lunduke Show.

4 years later, @jzemlin is still rocking an iPad and doing his slides under MacOS

He said if the president of Ford drove up to a press conference, where new Ford models were being announced, in a Toyota Camry, it would be headline news on a great many websites.

Zemlin heads an organisation that lives off money contributed by many companies towards development of open source technologies, chief among them being the Linux kernel.

Looks like he does not like to eat the dogfood produced by the very foundation he heads.

But Zemlin's statement was completely in character. Ten years back, he was reported to be asking people to have respect for Microsoft at a time when the Redmond-based software behemoth was actively working to undermine Linux.

Linux is no longer a fringe operating system; this writer can speak with absolute confidence having used one distribution, Debian, for the last 17 years. No Windows, no OS X or macOS.

It appears to be time for Zemlin to think of the message he is sending out. It's something like the head of Coca-Cola drinking Pepsi in public while still proclaiming that his company's product is the best.

But he has his supporters even among so-called tech journalists, with one of them, Swapnil Bhartiya, making a vain bid to offer Zemlin a figleaf of respectability.

Jim represent a much larger open source community than just the kernel community; kernel IS NOT desktop.

That also implies Linux *can't* handle most of desktop workloads. Even I fall back to mac in some cases. as a desktop, linux is far behind.

These comments by Bhartiya may not be unconnected to the fact that the Linux Foundation picks up the tab for many pliable "journalists" to attend conferences like the one last week and write what can only be termed overly positive reports.

Zemlin could, of course, avoid further comment on his antics by adding the letter H to his name as a middle initial. You know what that stands for.

More in this category: « Lazy reporting: ABC fudges number of defective pacemakers McAfee attempting to capitalise on Kaspersky ban »
Share News tips for the iTWire Journalists? Your tip will be anonymous