The man behind the next Australian national Linux conference is an academic, a retiring type not exactly prone to bluff and bluster. He and his team are quietly getting things ready for the last week of January 2011 when a host of geeks will converge on Brisbane for the 12th LCA, the second to be held in the city since the conference was first held in 1999.


Dr Shaun Nykvist, a senior lecturer at the school of mathematics, science and technology education at the Queensland University of Technology, says the idea of hosting the LCA in Brisbane again - the conference was organised there in 2002 - was something he had joked about with his friends for some time.

"I was chatting to a few friends and had always joked about stepping up and getting LCA back to Brisbane (as) I had quite a bit of experience with other conferences," Nykvist told iTWire in an interview.

"About a week later, one of the members from the local Linux user group, HUMBUG, suggested that I put my name forward to run with the bid and lead the team and after a little voting I found myself leading the team. This is where it all started and I really wasn't holding my hopes too high until a couple of days before Christmas in 2009 when the Linux Australia team said we had been successful in our bid. It's just been full steam ahead ever since then."

Nykvist is somewhat different compared to the organisers of previous years. "I spent most of my early career in outback and indigenous communities and in the last eight to 10 years I have developed, managed and led a number of large international projects and activities (some of these being large multi-million dollar projects with a very diverse team)," he says. 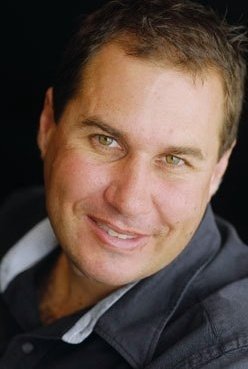 He says that having a background in both education and IT has been beneficial, "as I can make informed decisions about what is really needed in these communities in terms of IT and related development work or project scoping. I often find that these communities become quite interested in the projects and soon take ownership of them.

"A lot of the community type work I have been involved in stems from a capacity building model - I find that this is most beneficial to all involved. There is often very little funding in some of these communities and therefore I tend to work with the tools available to me - I suppose this is where I have seen the real strength and value of free and open source software. The international collaboration has definitely broadened my horizons and given me a completely different outlook on life and how I now think about things."
Nykvist says he cannot recall ever being nerdy in his early years. "I probably tend to think of myself more as a geek working in research and education and managing projects. In my senior year of high school I recall being allowed to use the computers where we were introduced to BASIC programming.

"I can't say I was too thrilled with it and probably was not the best student in this class - playing football was much more fun at the time. Really why would I ever need a computer! However, I started my first degree in Home Economics and Mathematics education and through this course, I had to undertake quite a bit of programming and statistical work which led to developing my knowledge in the computing area."

He then spent several years living and teaching in outback Queensland (mid-90s) where he soon became the central resource for all IT problems and was soon
indoctrinated into the world of IT education.

"I would sometimes drive two hours to Charleville just to teach introductory computing programs or sometimes I would drive 120 kilometres or more between towns to fix a computer-related problem. I ended up placing networks in schools and was soon experimenting with Linux as a proxy server for school dial-up connections.

"I think it was during this time I grew to be a bit of a geek and decided to study a couple more degrees. After a lot more work and study - I eventually ended up as an ICT lecturer at the university where I also took on several related projects installing and administering a number of Debian/Red Hat Linux servers for various teaching and research projects to support educators both nationally and internationally (this still consumes a good chunk of my time)."

What influences have shaped him to make him what he is today? "I really think it is a culmination of many life experiences that have guided me to where I am now," says Nykvist. "Some I have sought out, while others I have stumbled across or grown into. I wasn't quite sure what I wanted to be when I grew up, but am quite focused now."
He says he has never been one to just follow the crowd. "I tend to think quite left-field and choose to be different (sometimes this gets me into trouble, but on the whole it has been good). For example, as an avid photographer, if everyone is using Nikon or Canon, I will deliberately look at what other options I have (probably the reason why I have been an Olympus user for many years now)."

While he initially did have a measure of trepidation in heading the organising team, Nykvist is happy with the way things have gone so far. "I am taking a relaxed calm approach to the conference (as best as possible)," he said. "We have about a third of our anticipated delegates registered at this stage and would
really like to see the numbers increase in this area. I am most confident that the attendees (delegates and speakers) are really going to enjoy this conference and appreciate the little things that we have done differently this year.

Nykvist says he will evaluate the event after it is over based around the feedback from both delegates and presenters. "The conference is organised by a team of volunteers for the free and open source community. Consequently, we strive to provide the best conference experience for this community and try to ensure that each and every person who is a part of the conference can take something new and positive away with them as well as make new connections in their areas of interest. It is not unusual to see quite a lot of new development work or development teams also form during this event."

Organising the LCA, he says, has been the highlight of his professional life thus far. "While not specifically techie, it is an opportunity for me to give back to this community that so much supports the many IT projects that I undertake. For the past 10 years or so I have developed and supported international web-based projects, some of these receiving rewards and high distinctions."

When Nykvist is not sitting in front of a computer or running seminars and projects he enjoys outdoor activities. "I really enjoy camping and four-wheel driving with my wife and children and try to get away as much as possible, though the weather has not been that forgiving this year," he says. "I free dive, scuba dive (instructor since 1995), cycle, climb mountains (most recent was Mt Kinabalu) and keep bees.

"I am an avid photographer and enjoy underwater photography when the weather is good. My wife, Christine also shares a passion for education and in particular language education. As a consequence of this, our children are bilingual with German as a first language."
He hopes that his current and future work will continue to make a difference to society, even if it is in a small way.

"I am confident that I will manage and coordinate many more large international and local projects in the future and these will also help make a difference. In terms of my hopes for FOSS in the future, I can only see its contribution to society being even greater over the years to come.

"The world is changing and people's views are changing. More and more people are now making informed choices about the software that they use in business and their personal lives.

"On the other hand, there are many people using FOSS everyday that do not even realise it. They have no idea what contribution FOSS software makes to society and the things that they do - definitely more education needed here. The community around FOSS will continue to grow and will go through many changes yet. I am looking forward to the future of FOSS, the changes and having alternative choices."

The LCA 2011 will be held from January 23 to 28 with the mini-conferences being held over the first two days. The conference proper will occupy the next three days. On January 29, there will be an Open Day for the public to be exposed to free and open source software.

More in this category: « Red Hat evades query about Acacia patent deal Being US-centric does not serve GNOME Foundation well »
Share News tips for the iTWire Journalists? Your tip will be anonymous