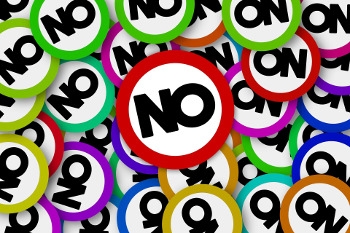 Chinese telecommunications giant Huawei appears to be adopting a policy of saying nothing about its second rebuff by Australia, this time over an undersea cable between Honiara and Sydney.

As iTWire reported last week, Australia has put pressure on the Solomon Islands to drop Huawei as the main contractor for the Project Honiara undersea cable project.

iTWire has contacted three Huawei officials, but only one reacted, saying: "We don't have any comment to make."

Only an imbecile would assume that a company of Huawei's size and reputation would not be boiling inside after Australia's snub.

This is not the first time that Huawei has been knocked back by Australia; about five years ago the Attorney-General's department blocked the company's participation in the national broadband network project based on advice from the spook agency ASIO.

This time too, there is a spy connection: the Australian opposition to Huawei implementing the project was conveyed to Solomon Islands Prime Minister Manasseh Sogavare by ASIS director-general Nick Warner.

The snub to Huawei comes at time when similar incidents are taking place in other countries. In the US, Kaspersky Lab has been banned from supplying product to federal government agencies, with security concerns apparently being the reason.

But there could also be economic reasons behind the ban, with US companies set to fill the breach left by Kaspersky.

The US also put in place a ban on any electronic devices bigger than a smartphone being taken into the cabin of any flight on certain airlines flying from certain airports – and then dropped it recently, after additional security measures were put in place at these airports.

In other words, the cost of these security measures will now be borne by airports other than those in the US. Money again seems to loom as a reason.

Australia is well known to follow US policies and it is thus interesting to note that Warner spoke to Sogovare at the end of June, soon after the US Secretary of State Rex Tillerson and Defence Secretary James Mattis visited Australia in mid-June.

It remains to be seen how long Australia can rebuff Chinese companies like Huawei — which, given its size, will surely have good links with the Beijing Government — and continue to hope that it will be seen in a kindly light and as a favoured trading partner by China.

More in this category: « Google and Facebook have one thing in common: both are parasites ESET spreading FUD about torrent files, clients »
Share News tips for the iTWire Journalists? Your tip will be anonymous