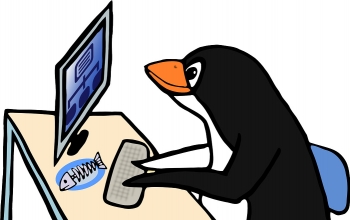 When it comes to numbers, SUSE Linux is a long, long way behind Red Hat, the 800-lb gorilla of commercial Linux companies.

Now that gap may widen even further after Red Hat signed a deal with Microsoft to collaborate on cloud installations.

But when it comes to making technology cool, SUSE does appear to have a better handle on things.

Every year, at its annual SUSECon conference, the company has released one or more videos that make geeky stuff really cool. There were a couple last year that caught the eye.

This year was even better, with a catchy video to popularise the new kernel-patching technology that was announced last year.

A parody of Uptown Funk, called Uptime Funk, was the way SUSE chose to convey the message to the masses.

Yes, these people are crazy enough to make a video about kernel-patching, something that will never be discussed at the dinner table by even the nerdiest of families.

Red Hat has its own patch called kpatch and SUSE has kGraft but you can see from this video that SUSE perhaps knows a little bit more about getting the message across.

More in this category: « TPPA bans rules on source code disclosure except for critical infrastructure Linux security: circling the wagons »
Share News tips for the iTWire Journalists? Your tip will be anonymous