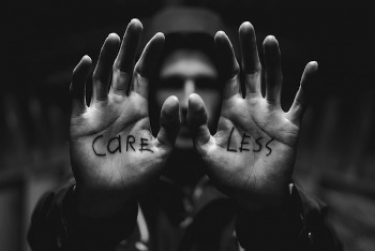 One reason why a company like Singtel Optus can leak customer data in a breach that is, by all accounts, its own fault and then avoid being held to account is because of the media's fawning coverage.

A typical example can be seen in Friday's Australian Financial Review, which carried an interview about what the Optus chairman Paul O’Sullivan has learnt from the breach. Of course, it's good to know that the man has learnt something.

I haven't been an #Optus customer in almost a decade, but today I got a letter in the mail telling me they'd let someone steal my personal data. Why do you need to keep my personal details for so long, @Optus? Once I leave your service, it should all be deleted.

For context, Optus has been dragged kicking and screaming to pledge that it would pay for replacing the passports that were leaked. Only this morning, the ABC reported that the company had been made to extend this to holders of foreign passports as well – after the matter had been ventilated on the 7.30 program.

The telco is still refusing to pay for the replacement of driving licences, only expressing a willingness to pay for the administration expenses associated with issuing these forms of ID.

But what the AFR, which actually claims to be a newspaper, was more bothered about was O'Sullivan's description of the breach as being "not like someone breaking into your home and stealing a TV". Who knew?

O'Sullivan talked up the difficulty of dealing with data volumes that reached 20TB. In an age when no average PC has a drive smaller than a terabyte, such talk is silly.

It is frustrating & distressing to know that not only did they have kept personal data on me for far longer than I expected them to, but they didn't secure it properly. This is not good enough. I will be seeking legal advice

But his interrogator, Tony Boyd, apparently swallowed everything, hook, line and sinker. He did not press O'Sullivan about the details of the attack or whether the entire review that the company has commissioned from Deloitte would be released publicly.

[The Office of the Australian Information Commissioner, the Australian Communications and Media Authority and Home Affairs are also investigating the circumstances of the breach.]

Help please @ClareONeilMP I didn’t say anything worthy of a block from @optus and I’m still a customer. How can this be allowed? I’m still waiting on an update for my passport? Twitter is how I get information. #optusdatabreach pic.twitter.com/oUSrhGZnh4

Boyd was happy to accept O'Sullivan's spin: “What people will see when the reviews come out, is that what’s happened here is a classic perfect storm – it’s the alignment of a number of events, which has led to the breach getting through. So, there will be learnings and there will be lessons, but I think everyone should sit back and wait to get the authoritative review.”

Cool, then there's nothing to worry about, I guess.

We also learnt that O'Sullivan backs his chief executive Kelly Bayer Rosmarin. What a surprise!!!

Bayer Rosmarin has been exposed — surprisingly in the same AFR — by Michael Roddan whose article was headlined "Optus job was only a part-time gig" for the CEO. In the AFR's Rear Window section, Roddan also skewered his own employer for saying that the Optus CEO “made a courageous and correct call to get in front of the media in a video call that felt strangely intimate and completely open”.

Lift your game Optus - I’m weeks away from finishing from contract and will have no hesitation in going elsewhere. I’ve noticed you have turned off replies on your tweets and have now taken to blocking - not the best way to win customers back

He also had no kind words for The Australian, which he pointed out had empathised with Bayer Rosmarin being “on the verge of tears when asked how she feels about the data breach occurring under her leadership”.

But more importantly, Roddan pointed out, "... what was Bayer Rosmarin doing with her time since joining Optus as deputy boss in March 2019? Well, it turns out, a lot of her time was spent helping to govern completely different companies that were not Optus." Full details are here.

However, Boyd had no time to waste on such frivolity. O'Sullivan said Bayer Rosmarin had "demonstrated strong leadership in a time of immense pressure. And I think, as we’ve seen with other events, I think she’s demonstrated the importance of moving openly and quickly, to keep customers informed.” And Boyd, no doubt, nodded his head in an understanding manner.

Getting information out of Optus — and, Lord knows, I have tried — is akin to getting blood out of a stone. At every step, Optus has had to be pushed and pulled into providing answers.

The government has fallen off the track as well, but that is a separate subject which deserves its own treatment. The public, however, are getting screwed and the AFR has certainly played its part in that.

More in this category: « Even ABC's own Wil Anderson says broadcaster is shutting out youth Age reporter accuses Vic premier of deceit, but then has second thoughts »
Share News tips for the iTWire Journalists? Your tip will be anonymous