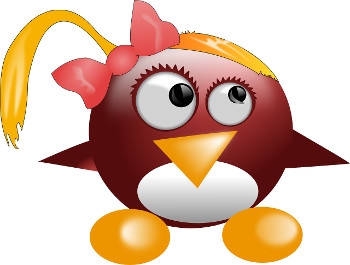 A little more than two weeks ago, Intel employee and Linux kernel developer Sarah Sharp announced that she would not be working on the kernel any more.

Sharp, who had been maintainer of the USB 3.0 tree, came to prominence two years ago when she attacked Linux creator Linus Torvalds, who is also head of the kernel project, for his verbal attacks on other developers who erred in their coding. It turned out that she had planned this to perfection.

The whole episode bears some re-examining, especially in light of the fact that since the 2013 exchange between Sharp and Torvalds, the latter has not spoken a word against anyone. The Linux Foundation, his employer, took note of the exchange by putting some curbs on him in the form of what it called a code of conflict which was merged into the kernel itself.

Hence exactly why Sharp is quitting at this point in time isn't clear; her stated reasons — that she could not work in a community that had no specific list of behaviours to avoid — does not hold water, given that things have been quiet as Antarctica on the kernel mailing list after she got into the cited argument with Torvalds.

To me, it looks like she was trying again to put the issue of Torvalds' leadership of the kernel project front and centre again because it had kind of disappeared from the tech media headlines. As I have written before, Torvalds is now nearing 50, the age at which people, especially in the US and more so in the technology industry there, tend to be considered as being over the hill. Thus it is not surprising to witness activity of this nature.

It is also a given that journalists will rarely venture into anything that could be construed as being outside the realm of political correctness; when a woman in tech takes offence at something, be it rational or not, the woman is always right. There were very few who were critical of Sharp's post.

Ultimately, the kernel project will not suffer. Sharp talks of wanting to work in some kind of atmosphere where people hold hands and sing Kumbaya all the time; I doubt very much that the atmosphere at her employer, Intel, bears any resemblance to this ideal. Some monastery in the foothills of the Himalayas may be more suited to a drama queen of her type.

(To any regular readers, my apologies for the delay in writing this piece; I have been physically unable to write for most of this month.)

More in this category: « Has Microsoft led Macquarie Uni up the garden path? What will Ubuntu do for release names after it reaches Z? »
Share News tips for the iTWire Journalists? Your tip will be anonymous