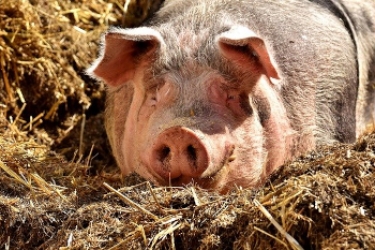 Any time the NBN Co is taking a hammering over the abysmal speeds on the network which it is building at a cost of $57 billion — and still counting — there is a bid to make things look better.

The last time this happened was in October last year when the NBN Co paid for "research" from the consultancy firm AlphaBeta to "prove" that the speeds achievable by the NBN are far better than 59th in the world (which ranking was put down to the Ookla speed test in May) and actually rank higher. It was BS of a very high order, but I was the only one to call it out as such.

This time, the NBN Co has been championed by a government entity, the Bureau of Communications, Arts and Regional Research, which is part of the Department of Infrastructure, Transport, Regional Development and Communications.

The aim of this "new analysis", which unsurprisingly claims that "Australia's fixed broadband performs strongly on key indicators", is to again put lipstick on a pig. In its endeavours, the BCARR was aided by PricewaterhouseCoopers.

A media release was issued on 27 November about these new "facts". One paragraph is enough to show that this is the equivalent of "alternative facts", the phrase made popular by US President Donald Trump's media adviser Kellyanne Conway: "The analysis finds Australia performs strongly on near-universal access to services of at least 25 megabits per second and has high broadband take-up.

"Australia ranks first out of 15 comparable countries for broadband access to services with speeds of at least 25Mbps, with over 99% of homes and businesses having access to fixed services with this minimum speed."

It uses a time-worn method to claim that faeces taste like chocolate cake: redefine things and all your problems disappear.

I would love to know how much PwC was paid for its role in this obfuscation, but I doubt very much that the NBN Co will be willing to divulge that fact.

Along with this illuminating media release, the BCARR has released two "fact sheets" and promises "New fact sheets informed by this analysis will be released in the coming weeks". I'll be awaiting those. In the meantime, here are links to the two "fact sheets", gentle reader. Read and make up your own mind.

The brilliant PwC minds behind this analysis have a statement on one of these fact sheets which says it all: "Speed alone is not a sufficiently useful measure to assess fixed broadband performance." That covers a multitude of sins and exonerates the NBN Co for issues like those I have faced in one fell swoop.

There is much store placed by the fact that the NBN is accessible to 99% of the Australian population. That's like saying everybody got a single slice of dry bread and therefore hunger is really not a problem in the country. What is that connectivity worth?

The very fact that people are referring to 100Mbps as fast Internet is troubling and makes one wonder which universe these people inhabit.

And the constant reference to 25Mbps as an acceptable speed is even more galling. We are talking about Australia here, one of the richer countries on the face of the earth. We have $4000 to spend per hour on a former minister, Matthias Cormann, so that he can lobby to try and become the secretary-general of the OECD, but no money to spend on providing fibre broadband for the people who pay taxes. Priorities seem to be all screwed up.

Here are some "alternative facts" created by PwC; first it describes the whole method: "The new suite of measures developed by PwC address the shortcomings with existing measures and provide a more robust way to compare Australia’s broadband performance against similar countries." Looks like the new measures developed by AlphaBeta were not up to scratch.

"The measures were developed following a review of existing international comparisons and consultation with key sector regulators and industry experts in Australia and internationally. The new suite of measures enables more like-for-like comparisons across countries, and provide a broader range of relevant measures for assessing fixed broadband performance."

And then this follows (I am giving it as it appears, so you, dear reader, can get an idea of the type of obfuscation practised):"

"The new methodology incorporates countries against which Australia can most usefully be compared. In developing the list of comparable countries, a range of factors were considered, including economic composition, geographical distribution of population, and population size.

"Economic composition: A country’s ability to replicate policies/practices that promote improved broadband performance will be driven in part by the similarity of that economy to others. A similar economic composition is also correlated with similar regulatory constraints, decision-making processes and trade-offs around investment. GDP per capita is used to capture a country’s economic composition.

"Geographic distribution of population: The spread of people has important implications for the costs and complexity required to build and maintain a fixed broadband network, and therefore the ability to replicate policies/practices related to broadband performance. This is particularly relevant for Australia, which has a sparse population in parts of the country. Population density is used to capture a country’s geographic distribution of population.

"Population size: The size of a country’s population is also likely to contribute to the relative cost and resources required to build and maintain a fixed broadband network, and therefore the ability to replicate policies/practices around broadband performance. Population is used to capture a country’s size."

And then comes this bit:

"Coverage measures – these indicate the opportunity for citizens to access the benefits facilitated by a broadband connection. Accessibility is expected to be particularly important in the context of the digital divide - widespread access to fixed broadband can be considered to represent good broadband performance, given it is a key requirement to enabling all citizens to experience the social and economic benefits of the digital economy.

"Minimum speed measures – this indicates whether the overall user experience is improving. Where consumers have reliable access to higher subscription speed tiers, this will represent a positive outcome where speed brings improvements to the quality of experience.

"Data usage – this is an outcome measure that conveys the overall extent to which citizens are realising the benefits of fixed broadband, and how the network is being utilised. As one indicator for how much broadband is being used, greater levels of usage may reflect greater realisation of broadband’s benefits and therefore be an indication of good performance."

Methinks this "study" is driven by the fact that the government is now running scared that NBN Co is going to prove a dud when it comes to a sale and Morrison & Co will end up with a big loss. Competition from RSPs is growing by the day and consumers are really not deceived by the spin that the government keeps doling out.

The only thing that is missing is a couple of quotes from Communications Minister Paul Fletcher and the new Finance Minister Simon Birmingham. The two who hold these portfolios normally issue some spiel when NBN Co even breaks wind, saying in effect that it was a great expulsion of wind in B minor. Or maybe C sharp.

More in this category: « China ties: time for some quiet diplomacy, or businesses will suffer COVIDSafe app: government throwing good money after bad »
Share News tips for the iTWire Journalists? Your tip will be anonymous