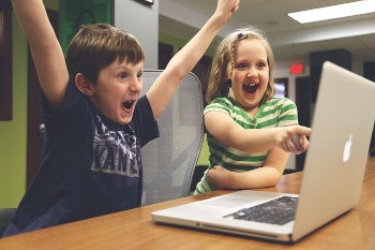 Image by StartupStockPhotos from Pixabay

Both Google and Facebook have demonstrated to the Australian Government in no uncertain terms who exactly is calling the shots in the stoush over the news media code, but in diametrically different ways.

While Google took the quiet way out, in order to avoid any public shaming of Prime Minister Scott Morrison and Treasurer Josh Frydenberg, Facebook has adopted the nuclear option.

Our @facebook page has been taken down in the broader ban this morning. As a community legal centre working to provide legal assistance to the renting community we hope this will be rectified. Updates can be found here, on our Instagram and on our website: https://t.co/dmfAEh5kg3

But make no mistake about it, both digital platforms have essentially flipped the government the bird, and told it exactly who is the boss in this altercation.

The Facebook action was probably not anticipated, especially since Google has been cutting deals with news publishers left, right and centre, and not causing too much embarrassment to Frydenberg who has been the point man in this whole affair.

It is not that Google could not have done the same thing, merely that it wanted to avoid burning its bridges, all the while savouring the black eye it has given Morrison. The hit has come at a time when the prime minister is struggling to cope with the revelation that a Liberal party staffer, Brittany Higgins, was allegedly raped in the Parliament building in 2019.

Troubles, as they say, never come singly. There is enormous public pressure on the government to sort out the Facebook issue and there is every likelihood that it will be forced into a humiliating backdown.

Communications Minister Paul Fletcher has been making some brave noises, but that is mere bluster. Facebook chief Mark Zuckerberg holds all the aces in this duel and no-one is more aware of it than Fletcher.

It is evident from posts on Twitter that this is a wholesale exercise by Facebook as many pages that have no news content are also disappearing. In its announcement, Facebook said it would stop allowing news content on its services in Australia.

But that is not the extent of it. Many smaller pages, which do not fall within this definition, have become collateral damage.

Frydenberg has left himself some marginal wriggle room by tweeting: "This [Thursday] morning, I had a constructive discussion with Mark Zuckerberg from #Facebook.

Expect more changes to the News Media and Digital Platforms Bargaining Code while it is in the Senate for final passage. And then wait for the government's spin. If anything, it will be a risible exercise as ministers cope with the egg on their faces.

More in this category: « Bloomberg's new hardware hack tale is more of the 2018 brand Facebook: high time for Australians to wake up and smell the roses »
Share News tips for the iTWire Journalists? Your tip will be anonymous