Google targets Samsung over security, forgetting its own sins 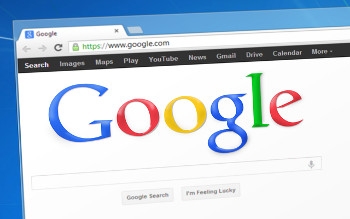 Despite the abysmal security record of its Android mobile operating system, Google loves to boast of its prowess in the field of security. Most of the time it does this by trying to show it is superior to other technology companies, with the latest example being Samsung.

Under the guise of writing about so-called "adventures in vulnerability reporting", Natalie Silvanovich of Google's Project Zero took a number of pot-shots at Samsung over its vulnerability reporting process – completely forgetting that when it comes to communications, it is easier to get in touch with the man in the moon rather than Google.

Silvanovich wrote that when she tried to report a bug to Samsung she was taken to a sign-up page, which then led her to a page in Korean. She then went back to the sign-up page and on to an English sign-up page which took her to the English account creation page.

Here she found that she had to agree to many terms and conditions. "Clicking the links led to over twenty separate agreements, most of which had nothing to do with vulnerability reporting," Silvanovich complained.

She skimmed the text and agreed to it and was taken to the account creation page which required her birth date and zip code, "which I wasn’t thrilled to have to provide to report a vulnerability, but I wanted to get the issue reported, so I entered them". I guess she must have forgotten that her employer is in the data collection business.

When she crossed this barrier, she was greeted by another set of T&Cs in Korean. She just pressed "confirm" to get past it but found that after she filled in the form with the bug information and found more terms to be agreed to. 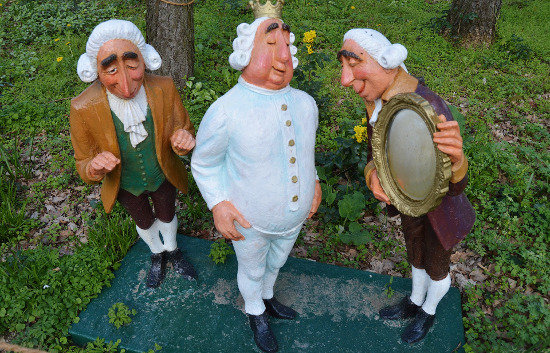 In Hans Christian Andersen's fairy tale, the emperor was very pleased with his new clothes, not realising that he was starkers. There's a lesson somewhere there for Google...

Silvanovich says she did not report the bug. "I was not able to submit this form without agreeing to allow Samsung some level of control over disclosure of reported vulnerability. I looked around Samsung’s security page to see if they provided an email address I could report the issue to, but they did not provide one. I was not comfortable reporting this bug through the mechanisms Samsung provides for vulnerability reporting on their website."

I think Silvanovich forgot that she works for a company that has pioneered the art of not taking responsibility for anything, a company that does not have an official figurehead as spokesperson, the way Facebook has Mark Zuckerberg and Microsoft has Satya Nadella.

When was the last time Sergey Brin or Larry Page fronted up to the media and took some questions? I can only recall Page being called as a witness in the case filed by Oracle. Brin... does he really exist?

Thus, when one is employed by a company that has an extremely poor track record when it comes to communication, it is better to hold one's peace.

Some questions for Silvanovich to ponder:

Google has in the past tried to show up Microsoft by reporting vulnerabilities in products put out by the latter. At times, Microsoft responds in kind. The people who are put at a disadvantage in this pissing contest are ordinary Internet users, as dangerous bugs in everyday software are publicised increasing the dangers they face.

Earlier this year, Google tried to take exclusive credit for the discovery of two bugs in Intel processors. In fact, the company broke an embargo in order to project itself as the main actor in the play. Silvanovich's blog post is a low-key example of this kind of grandstanding.

The next time Google staffers think of trying to act smart by criticising other companies, they might do well to remember one thing: people in glass houses should not throw stones.

More in this category: « Business as usual: Reuters fuels hysteria over Huawei Journalists' union MEAA appears to have no time for Assange »
Share News tips for the iTWire Journalists? Your tip will be anonymous