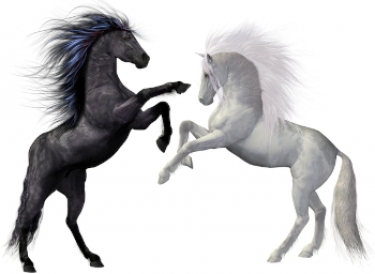 Image by SilviaP_Design from Pixabay

Google's bid to position itself as some kind of competitor to Microsoft based on its security credentials has been dealt a bad blow, with the company reporting the third zero-day in its browser Chrome just before the long Easter weekend.

The company said it had issued updates for the stable branch of Chrome for the Windows, Mac and Linux ports. But, as usual, it did not provide details about CVE-2022-1364.

The frequent security issues are bound to have a negative effect on Google as it tries to paint Microsoft as a more of a problem in the security space than its own products.

On 1 April, Jeanette Manfra Google's senior director, Global Risk and Compliance, issued a blog post claiming that about a third of surveyed government employees in the [Washington] DC metro area said they have experienced a disruption at work because of a cyber attack.

This was sheeted home to Microsoft as government offices generally use the Windows operating system and Microsoft applications.

But if Google wants to prove it is in any better, it must improve its own security. The flaw announced last week is the third zero-day for the year even though this is only April.

Security through obscurity simply will not cut it anymore. Companies need to be upfront about the issues in their products and merely patching will not work.

Google has one advantage over Microsoft, in that it has a mobile operating system out there that dominates the mobile market. Android is used by practically every phone other than those manufactured by Apple, though there are a small number that run other Linux-based systems.

Microsoft dropped its plans to stay in the mobile market a long time back. Probably the thought of having a monthly patch update day for its mobile operating system (Patch Friday?) was sufficient to drop the Windows Mobile.

The company's experiment with Android proved to be another disaster, with the foldable device it manufactured proving to be a dud.

On the cloud front, Microsoft has the advantage over Google; Azure is better known and has far more usage than Google Cloud.

But on the lobbying front, Microsoft is streets ahead of Google. It was the only company allowed to continue selling software to Chinese telecommunications equipment manufacturer Huawei Technologies after the US started imposing restrictions on the latter.

Google also applied for an exemption, to sell the proprietary version of Android, to Huawei but never heard back.

Microsoft works well with both the Republicans and Democrats; Google does very well with the latter, but is hated by the right-wing crowd.

The spats between the two billion-dollar companies is interesting if only because they yield some copy. Long may they continue.

More in this category: « Murdoch, Zuckerberg, Bezos, Brin, Page are all A-okay. But Musk??? Election campaign unmasks journalists for what they really are »
Share News tips for the iTWire Journalists? Your tip will be anonymous