Google back with another salvo against media code of conduct 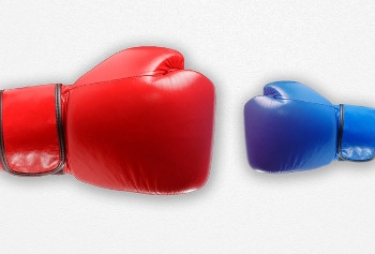 Image by Elias Sch. from Pixabay

With news suggesting that it may soon be hit with an anti-trust suit by the US Department of Justice, Google has come out firing again at the start of another week against the media code of conduct proposed in Australia, this time calling it unfair.

But Silva does not only fire these broadsides at the beginning of a week; she had a go on Friday too, claiming that the media code would disadvantage small businesses.

"As Australia starts to look towards economic recovery, we’re concerned that many of these businesses will be affected by a new law being proposed by the Australian Government — the News Media Bargaining Code — which would put the digital tools they rely on at risk," was how Silva's spin went.

Google appears to be informing what it deems to be friendly media outlets about these Silva specials, so they can give her words airtime. Alas, iTWire is not considered among the friends of Google – or so it would appear. One generally comes to know of these words of wisdom after seeing them given air in the Australian Financial Review, a publication that always champions the cause of the oppressed.

The latest bit of propaganda from Silva was put online on Sunday. Judging from that, it looks like Google has climbed down from its earlier perch, saying now, "We don’t oppose a code governing the relationship between news businesses and digital platforms – but right now the way the law is drafted isn’t fair or workable."

Additional proof that the Chocolate Factory is now resigned to a code coming in, but still wants to try and water it down is provided by the fact that all those misleading pop-ups — which you can see here — that used to come up when one visited the search engine's site or YouTube have now been withdrawn.

Silva's latest whinge is about what she describes as "the highly unusual, largely untested, one-sided arbitration system that would determine commercial arrangements between Google and news companies".

When mammoth corporations that push smaller players around and act like bullies of the first order start to talk about being treated unfairly, it does tend to make me laugh out loud.

What Silva is objecting to is the fact that the Australian Competition and Consumer Commission has decided to adopt a means of deciding a conflict that would likely result in a proposal that is not to Google's liking being chosen.

In Silva's words, this is known in the US as baseball arbitration. "In a standard negotiation, two parties negotiate a price for a product or service after assessing its market value and the value each side provides the other," she wrote. "If the parties can’t reach an agreement, they might ask a mediator or arbitrator to decide on what’s fair.

"In baseball arbitration, if the two sides can’t reach an agreement, each puts forward a single final offer and the arbitrator picks one, guided by set criteria."

Silva says she is against this method because it is usually used "if there’s not much dispute over the value of the product or service being discussed and the parties are already close in price".

One senses that Silva fears the government will bow to the wishes of News Corp's when it comes to numbers - and that company has already said that the total paid by the digital platforms should be $1 billion.

"One news business has already claimed digital platforms should pay $1 billion every year, despite the fact that only 1% of all searches by Australians last year were seeking news – equating to around $10 million dollars in revenue (not profit)," Silva said.

"Clearly, both sides have very different ideas of what the prices should be - and asking the arbitrator to pick a ‘final offer’ is an extreme way of resolving that. The reality is that baseball arbitration often fails and doesn’t produce quick outcomes. Independent economists have raised questions about its effectiveness here. The results are also unpredictable, and no business can operate with that level of uncertainty."

I think Google should have raised all these arguments a long time back, well before it thought it could muscle its way through and get what it wanted. Also, it would have been wise to put up a united front with Facebook in this stoush. It was a big mistake to think that Australia would be a pushover.

There's a lot more from Silva, but I'll leave it to the reader to peruse it. I just have one thing to say; all this back-and-forth could have been avoided if Google had simply told the truth about its Australian business revenue and paid the right amount of taxes. But that seems to be an American habit.

Selling products in Australia and then claiming that the revenue should be apportioned to its units in Mars (or Venus or Saturn or even in Singapore) is dishonest in the extreme. When companies indulge in skullduggery of that kind, they are unlikely to find much support among the unwashed masses, even if they have a point.

More in this category: « Mozilla Foundation wants to control Firefox browser on Android Assange may escape jail if Democrats win presidential election »
Share News tips for the iTWire Journalists? Your tip will be anonymous