Give me more: Microsoft again shows that it values money above image 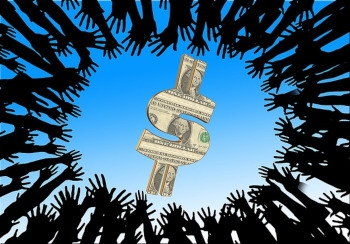 Microsoft often likes to portray itself as a company that supports education and research, but that appears to be just a pose, with the company showing its real colours recently when it stripped the European Organisation for Nuclear Research of the status of "academic institution".

The company's gain? A few dollars more, to add to the billions that it squeezes out of hapless, ransomware-sufferers otherwise known as Windows users. For the uninitiated, an organisation that is granted academic institution status by Microsoft pays less for its licences.

CERN put out a statement in which it said the licence money sent to Redmond would increase by a factor or more than 10. The organisation was reluctant to provide actual numbers, but it is fair to assume that it is a sizeable figure.

There is an old saying that you cannot rid the leopard of its spots and the culture which Microsoft co-founder Bill Gates created at the company still rules. Many years ago, when this writer interviewed Robert X. Cringely, one of the first technology journalists, he had this to say about the company:

"Microsoft is about money, not innovation. They aren't opposed to innovation and like to be seen as innovators, but what really matters to them as a company is the money. Think of it that way and a lot of what they do starts to make sense. When I give speeches... I like to pull out a US$20 note and point out that there is something about that note that bothers Bill Gates - that it is in my pocket. Microsoft really does want all the money and I'm not sure they won't get it."

Spot on. Money is the only thing that bothers people at Microsoft. There could be no better cause than contributing a few dollars to facilitate the kind of work that CERN does: "provide a unique range of particle accelerator facilities that enable research at the forefront of human knowledge; perform world-class research in fundamental physics; and unite people from all over the world to push the frontiers of science and technology, for the benefit of all."

Fine words, but they are lost on the types who run Microsoft whose eyes only light up when you mention dollars, pounds, dirhams, dinars, kopeks, lira, rupees or drachma.

Yet, Microsoft tries its level best to promote itself as a company that values learning. From time to time, Gates issues a tweet, trying to paint himself as a man of books and one who invests in worthy causes. That's something many people do when they reach their later years and contemplate a life spent chasing after filthy lucre and realise that it just wouldn't do to quit this world while being thought of as a penny-pincher.

Anyone who knows anything about Microsoft and Gates should not be surprised at the decision to snatch back what would be mere pocket money by charging CERN the full licence fee for software. The following anecdote should tell the reader a lot about the culture that has been developed at the company.

In 1990, Gates accepted 50 US cents from a gentleman in an all-night convenience store queue to pay for a carton of ice cream – at a time when he was worth more than US$3 billion!

This tale comes from Cringely and is in his book Accidental Empires, the best history of the US computer industry that one can find.

According to Cringely, when Gates reached the cashier, he began to fish in his pockets, searching for something. It was about midnight and the other people behind him became restive, with one finally asking him what was going on. Gates responded that he was looking for a 50-cents-off coupon.

Finally, the next shopper in line got fed up and threw down two quarters which Gates took and used to pay for his butter pecan ice cream. As he left the store, his benefactor shouted out "pay me back when you earn your first million."

Other shoppers shook their heads; they all knew it was Gates who, at that time, was worth in excess of US$3 billion.

That is the prevalent culture at Microsoft and it is doubtful whether it will ever change. It is a culture that puts money above everything else, even when the company's image is at stake.

There are two ways of describing stinginess in Hindi, the language spoken by a majority of Indians. One word, kanjoos, means someone who picks a fly out of a curry he/she is eating, and continues to eat, mindless of the germs the fly has left behind.

And then there is the kanjoos makhijoos individual, one who picks up the fly, licks the curry off the insect, and then releases it, before turning back to his/her curry. Microsoft fits very well into the latter category – and its current chief executive, Satya Nadella, understand the analogy very well.

There are some people and companies who have lost the ability to feel shame. Microsoft is out there right at the top, jostling for position with Google, Amazon, Facebook... the list goes on.