Flaky Wi-Fi is an annoyance on the Ubuntu phone 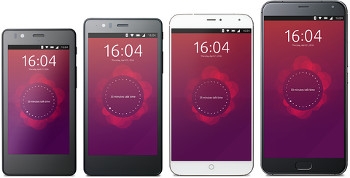 Developers of the Ubuntu Phone operating system should get their act in order and start making one of the most basic features required for a smartphone work without constant manual intervention.

While the Ubuntu phone has seen a great deal of improvement since it was launched in February 2015, one aspect of the operating system that does not work as it should is Wi-Fi.

A smartphone is useless without an Internet connection and if Wi-Fi connections keep going up and down like a yo-yo, then even the small number of people who would prefer a Linux phone to any other may well have to start looking elsewhere.

Given the dominance of Android and iOS smartphones, one does not expect anyone other than a very particular kind of user to buy and use a phone that runs Ubuntu.

That kind of user is one who wants to be free from the industrial-level snooping that Google indulges in where Android is concerned, and one who wants to avoid Apple's walled garden where you have to follow the rules down to the letter. Kludgy Windows phones do not even enter the equation.

But Wi-Fi connectivity is the bread and butter of a mobile phone and if that does not work — to use meaningless bizspeak — seamlessly, then the whole point of the phone is lost.

I have been using an Ubuntu phone, the Meizu Pro-5, since May this year and there have been several remarkable improvements, including two major updates of the firmware itself.

Additionally, popular apps that were not present six months ago, like Skype and WhatsApp, now have workarounds on the Ubuntu phone.

The appearance of the phone has changed, much for the better, and the number of apps in the Ubuntu store has increased by a sizeable number.

I do not ask for a great deal from a smartphone as I believe in the Unix philosophy of one tool for a job – and doing it well. I lived without Flash on my workstation for a long time after I moved to 64-bit Linux in 2003. I am not one who wants the cake and also wants to eat it.

But an unreliable Wi-Fi connection on a smartphone is like food without salt.

More in this category: « ATO response to hardware crash: low-grade spin eWeek, Slashdot spread fake news about ransomware »
Share News tips for the iTWire Journalists? Your tip will be anonymous