FireEye and Microsoft silent on source of attacks, others pile on 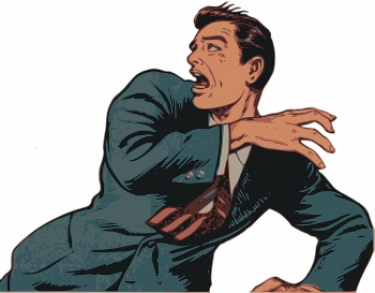 Neither American cyber security firm FireEye nor software giant Microsoft, the two companies which carried out an investigation into supply chain attacks on many companies through software made by SolarWinds, have attributed the attacks to any country, least of all Russia, in their reports.

And despite their shortcomings, these two companies are the best placed to pronounce on that aspect of the investigation.

So, one has to ask, why are so many mainstream publications jumping on to the Russiagate bandwagon once again, despite having been proved conclusively wrong last time around?

One must add here that the chief executive of FireEye, Kevin Mandia, has never been a shrinking violet when it comes to naming countries left, right and centre as being behind any number of attacks.

Microsoft, in its recently adopted guise as a security specialist — and that is not a joke — has not shied away either from naming any "bad guy" countries when it has published material on attacks. Those bad guys are always the same as those the US has on its sanctions list. A remarkable coincidence to be sure.

The demonisation of countries seems to be a reflex action, prompted by the intelligence agencies, who could always do with a bit of FUD so that they can ask for bigger government budgets for their agencies the following year.

One of the obvious avenues for follow-up is the security practices followed by SolarWinds, whose Orion network management software was used by practically every elite organisation in the US – and then some. iTWire has covered that aspect to the extent possible.

But that would be unAmerican, one suspects. So too, questions about FireEye's security would not reflect well on that august entity. And the next time one approaches Mandia for a quote, one would only get a cold stare.

The American media have become experts at covering up the mistakes of their industries and public sector by either dismissing the obvious, or else diverting the attention of people to other avenues. Journalists want to be popular, having forgotten that they belong to the fourth estate.

But spreading fear — beware, the Russians/Chinese/Iranians/North Koreans are under your bed and probably in your cornflakes as well — is a stock tactic that has been used successfully for decades in the US and it isn't going away. Not when you have so many former intelligence agency people operating as talking heads on fatuous TV channels like CNN and MSNBC.

The attacks could just as easily have been carried out by the NSA, the top American spook agency. Countries like Germany, India and Israel could also have managed this attack with ease.

But anybody, no matter how much of an expert, who speculates along these lines is unlikely to be able to function in the security industry or in the public service.

Several top intelligence specialists from the NSA, including the maestro William Binney himself, lost their security clearances after the 9/11 attacks when they questioned the actions of the person who had taken over as leader, General Michael Hayden, in dismantling a surveillance system known as ThinThread.

Their story is too well-known to bear repeating. It has served as a lesson for many others who now prefer to stay silent.

More in this category: « Fedora users, move to Debian or openSUSE before Red Hat shafts you News media code: ball firmly in Federal Govt's court »
Share News tips for the iTWire Journalists? Your tip will be anonymous