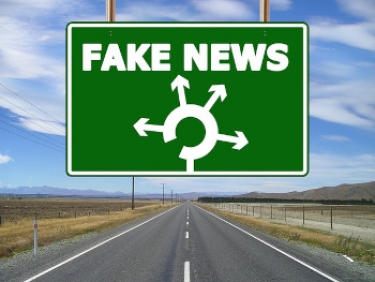 Image by John Iglar from Pixabay

One hates to be the bearer of bad news to News Corp's Jennifer Dudley-Nicholson, but her bombastic report on 10 October, which claimed Chinese telecommunications equipment vendor Huawei Technologies is pulling out of Australia, is wrong. Dead wrong.

Dudley-Nicholson, the national technology editor for News Corp's Australian network, claimed: "One of China’s most powerful companies is pulling out of Australia, closing research labs, ending partnerships, and retrenching hundreds of employees among fresh claims it poses a national security risk."

iTWire understands that there has been no recent change to Huawei's staffing or sponsorship, apart from what has been announced by the company over the years since Australia was strong-armed into boycotting it by the US. The last announcement was made about six months ago.

And despite Dudley-Nicholson's claims that Huawei's business is falling off a cliff altogether, iTWire understands that the company's enterprise and solar divisions are pulling in the moolah, the pandemic notwithstanding.

Nothing that has happened to Huawei is new. Given that, exactly why Dudley-Nicholson has chosen to wrap together events of more than two years and try to paint them as recent is a mystery. Something like the Loch Ness monster. Or the Abominable Snowman.

There are no "fresh claims" about Huawei being an alleged threat to national security; not unless calls 20-day-old claims fresh in the Internet age.

But Dudley-Nicholson did not provide this morsel of information; had she done so, then Lithuania's claims about Huawei — and also Xiaomi — would have been seen in context and her bid to spread FUD would have fizzled out, like the air escaping out of a balloon. And Lithuania's claims are in no way alarming; reports like this are seen every day on tech mailing lists.

Lithuania's National Cyber Security Centre claimed that it had found security vulnerabilities in the Xiaomi Mi 10T 5G and the Huawei P40 5G.

In the Xiaomi device, there were a list of phrases that could be censored – references to Taiwan's independence, head coverings, dissidents and China.

But then Dudley-Nicholson defeated her own argument by writing that the blocking of these phrases would not happen in European models. Then why make a song and dance about it? Last time I looked, Lithuania was situated in Europe.

The Huawei device was found to redirect users to a third-party app store if the app they were looking for was not available in the Huawei app store. Potential malware — what that means is up to the reader — was found on three of these third-party platforms.

There is nothing unusual about malware being found on the Google PlayStore or Apple's AppStore. if it is reported, then the companies get rid of it and plug the gaps in their defences that let said malware in. The same applies to Huawei's app store. Then why the fuss?

Dudley-Nicholson laid great emphasis on the fact that Sophie Monk was an ambassador for Huawei at a time when the company was doing well. Is it so unusual for a company to recruit a well-known female celebrity as a brand ambassador in a particular market? Under which rock has Dudley-Nicholson been living all these years?

Or could it be that it is not kosher in Dudley-Nicholson's eyes for a Chinese firm to do so?

The US has been waging a campaign against Huawei for a number of years, beginning in 2012 when a 66-page Congressional report found that the Chinese firm had methods of operation that differed from the American norm. I have a copy of that report.

Huawei is not the first company that the Americans have gone after, once it proved to be a threat to that country's technological dominance. In the 1980s, the US went after Toshiba when it threatened to become top dog in the semiconductor business.

And, more recently, the Americans took aim at the French company, Alstom.

Dudley-Nicholson lists what she calls "Huawei 5G bans worldwide", but there are just five countries — Australia, New Zealand, India, the US and the UK — mentioned on that list as having banned the telco.

But even part of that is incorrect. New Zealand has made no formal statement about a ban and India has not done so either. Dudley-Nicholson writes that UK phone carriers are no longer allowed to install new Huawei equipment in 5G networks, "though can maintain [sic] old hardware".

This again is wrong. The UK decision is that it will stop using new Huawei 5G gear and remove old Huawei hardware by the end of 2027.

To back up her claims, Dudley-Nicholson brought in Fergus Hanson from the defence lobby group Australian Strategic Policy Institute which parades itself as an independent think-tank.

This is the same Hanson who, along with two others, produced a "study" which had as its central thesis the claim that only Russia and China try to interfere in elections in other countries. The US, the country that has meddled in more elections than any other, did not rate a mention. Suffice it to say that a person like Hanson has no credibility after such a shoddy piece of work.

Another "expert" who was quoted was one Dr Lennon Chang a senior lecturer from Monash University. But his field of specialisation is criminology, not technology. There is, however, a common thread – he was a visiting fellow with ASPI in 2019.

Next time Dudley-Nicholson sets out on a similar venture to smear someone or a company, it might be a good idea for her to check a few of her claims before rushing to publish. It's quite simple; there's a website called Google [or one called Bing or one called DuckDuckGo can be used as well] using which one can search to see whether what one is about to write is true. It might spare her some embarrassment.

More in this category: « Govt stance on China not reflected in cloud hosting as AWS gets tick Ransomware? No fear, Scott Morrison has a plan. An action plan »
Share News tips for the iTWire Journalists? Your tip will be anonymous