Facebook: high time for Australians to wake up and smell the roses Featured 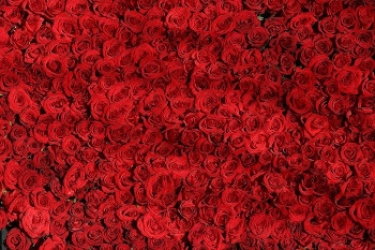 Morrison is a bit thick, so the irony of doing this may have been lost on him. But it serves to underline the kind of idiocy that has been on display ever since Facebook announced, early on Thursday morning AEDT, that it would restrict publishers and people in Australia from sharing or viewing Australian and international news content on its platform.

Mark Zuckerberg's social media giant said the curbs were in retaliation for Australia's move to put in place a news media code — officially known as the News Media and Digital Platforms Bargaining Code — that would force his company and Google to pay for news content.

The reactions to this, in the mainstream media, and literally everywhere, have been mostly ludicrous. Facebook was abused, using every term in the book and some outside it, too. I saw one tweet in which a woman said if China had done something similar to what Facebook had, it would be terrorism, a hint, I guess, that Facebook was acting in the style of the late Osama bin Laden!

Some in the media called the curbs wrong and claimed it would affect Facebook more than Australia. Others simply criticised the company for showing that it can hold governments to ransom. The irony is that people are accusing Facebook of getting rid of "real news" and becoming a host for "fake news" – and all the while spreading delusional information themselves. 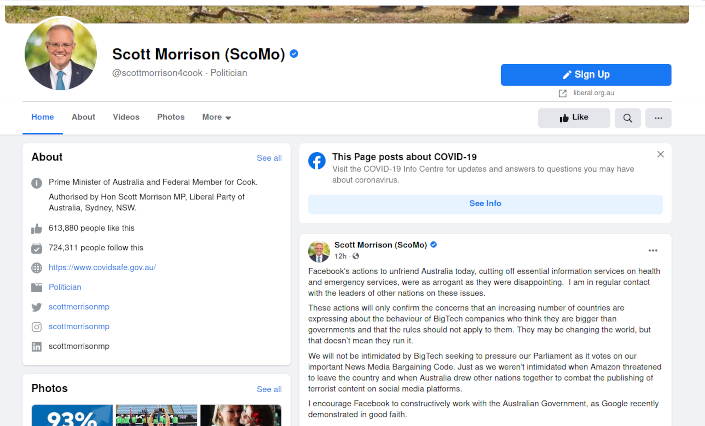 The Guardian Australia claimed the Facebook move was botched because the curbs also resulted in many non-news pages losing their feeds. Nope, this was intended; it was the company's way of saying, "See what we can do, we can hurt ordinary people – and they are your voters."

Facebook is a commercial organisation, dedicated to one thing: making money. The only crowd it will admit to being accountable to are its shareholders – though this is a myth that has been in vogue only since 1976. Facebook is not a public utility and does not exist so that Western Australian Premier Mark McGowan can try to canvass votes for an upcoming election. It does not exist to spread information about bushfires, about COVID-19 vaccines, about democracy.

It is a free site where people can set up camp and peddle what information they like. The company is not bothered whether you deal in news, views or fantasies. Let's cut out all the BS – money, money, money, is all that matters to Zuckerberg.

So he decided to show Australia who is boss. And nobody should criticise him for doing so, because there are hardly any people on the face of the earth who know how to wield power with finesse. The majority, practically all, wield it in a crude manner, flipping the bird to their opposition in no uncertain manner. About the only thing that would have been bothering people on the Facebook campus is that its shares dropped by 2% overnight.

So, all 12 or 13 or 17 million Australian Facebook users — I've seen various estimates of how many people have pages on the site Down Under — just get this one fact into your skulls: Facebook does not owe you anything. If you go to the site and set up a page, then you have to take what the company doles out. If any Facebook user reads the legalese that he/she signs up to, it might open their eyes to the reality.

But then nobody likes reality. Nobody likes to admit that, for all their bloviating, Morrison, Treasurer Josh Frydenberg and Communications Minister Paul Fletcher have no clout in this stoush, not even if — as Morrison has done — they canvass the support of other countries. (It's telling that Morrison tried to seek support from Indian Prime Minister Narendra Modi, a man who has put India's claim to being the world's largest democracy seriously in doubt.)

Doubtless, the government will have to give Facebook some concessions until the legislation is to Zuckerberg's liking. That is why discussion of the bill in the Senate has been put off to next week, after the House of Representatives passed it on Wednesday.

Until the next move in this game takes place, dear Australian Facebook user, it might be a good idea to look at paying for some Web hosting to host that page of yours that holds all your dog photos since childhood. You'll have plenty of time to do it, given that you won't be updating your status on Facebook every two minutes.

More in this category: « Google wins quietly, Facebook uses the nuclear option Facebook: should Scomo take the issue to the UN Security Council? »
Share News tips for the iTWire Journalists? Your tip will be anonymous