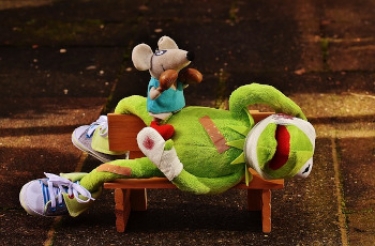 With the news media code now signed into law, it is time for all three entities involved in the drama that played out over the last few weeks — Google, Facebook and the Federal Government — to claim victory.

But the strange outcome is that there is now a law on the books that may never be used – and if it is, we may well see another round of nuclear tactics by Facebook.

The stoush over the News Media and Digital Platforms Bargaining Code allowed Facebook to show its clout in dealings with countries and the social media firm can walk away pleased with what it achieved.

BREAKING: Emergency meetings are taking place between government ministers and Jenny Morrison to try to see whether the government has royally stuffed up its News Media code legislation or if it's on point, because apparently that's still unclear.

The government had to back down to the extent that it made its own law meaningless. Facebook can now decide whether or not it wants Australian news to appear on its platform. And it can pick the news sources and how much it should pay them.

But still, Treasurer Josh Frydenberg was out there claiming that this law had addressed "he bargaining power imbalance between news media businesses and digital platforms".

Frydenberg also claimed this was world-leading legislation – but whether any other country will be keen to follow suit and have its Facebook users face the same emptiness on their pages that Australian users did for eight days until Friday morning, is very doubtful.

The Australien Government has made an ad about the new media legislation it just passed, and it's surprisingly honest and informative! pic.twitter.com/iD5KRenxGT

The Australian law has done one thing: it has shown other countries what should_not_be_done. But then maybe Australia likes being a guinea pig.

Google was initially the more gung-ho of the two digital platforms, issuing threats of pulling its search service unless the law was reworked. Then it started signing up local firms and gave them some cash.

What was conceded was a small part of the figures floated by the two big media firms, Nine Entertainment and News Corporation. The former had talked of sums approaching $600 million for all the companies entitled to put out their hands, while News said the figure should be $1 billion.

Google will pay out $150 million at the most for all the deals it has struck. And Facebook? Even less, for it has carte blanche from Frydenberg to do what it wants. Publishers will have to take what is given and be content.

There are reports that Facebook has signed deals with Private Media, Schwartz Media, Solstice Media and Seven News Media. No sums have been mentioned.

Facebook has extracted other concessions from Frydenberg. First, there is a period of two months before any decision is taken as to whether the company has played its part in "helping to sustain public interest journalism in Australia".

And then, after Frydenberg decides to designate a firm — meaning it will be earmarked as one that has to negotiate a news deal — the company will get a month's notice before any action is needed.

Additionally, any algorithm changes will have to be notified to the news companies two weeks ahead of implementation only if these changes have a material impact on the media publishers.

More than anything, both Google and Facebook are operating on their own terms – as they were before the law. What they pay out is mere chump change, a rounding error for both.

Frydenberg gloated: "The Code is a significant microeconomic reform, one that has drawn the eyes of the world on the Australian parliament. Our commitment to legislating the Code reflects the importance of a diverse and well-resourced news media sector to our democracy and the Australian people."

Regular readers should pardon what follows; I have used this example on an earlier occasion. The Treasurer's vapid statements remind me of what was said by the late Yasser Arafat soon after his Palestine Liberation Organisation was forced to leave Beirut in the 1980s.

The PLO left with its tail between its legs, but, at the very next annual meeting of all Palestinian factions, in Cyprus, Arafat tried to paint the evacuation as some kind of great military victory.

This led one of the more down-to-earth Palestinian faction leaders, the late George Habash, to comment that if the Palestinians had any more "victories" of the Lebanese kind, they would end up holding their next annual meeting in Fiji.

Frydenberg has just given the government, of which he is part, one of these Pyrrhic victories.

More in this category: « Facebook: should Scomo take the issue to the UN Security Council? Plenty of mirth as Recorded Future, NYT and ex-NSA man have a punt each way »
Share News tips for the iTWire Journalists? Your tip will be anonymous