Election campaign unmasks journalists for what they really are Featured 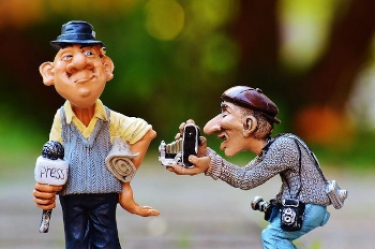 Eight years ago, the independent American journalist Matt Taibbi outlined what he thought was the best use which journalists could be put to.

Taibbi was reacting to comments by the late Christopher Hitchens about the film Fahrenheit 9/11, made by Michael Moore. Hitchens was not a fan; he wrote, in part: "To describe this film as a piece of crap would be to run the risk of a discourse that would never again rise above the excremental... It is also a spectacle of abject political cowardice masking itself as a demonstration of 'dissenting' bravery."

This moved Taibbi to write: "All journalists are cowards. Hitchens knows it, I know it, everybody in this business knows it. If there were any justice at all, every last goddamn one of us would be lowered, head-first, into a wood-chipper. Over Arizona.

"Shoot a nice red mist over the whole state, make it arable for a year or two. A year's worth of fava beans and endive for the children of Bangladesh: I dare anyone in our business to say that that wouldn't represent a better use of our rotting bodies than the actual fruits of our labour."

I was reminded of this on Thursday, after having watched [and read], with tremendous frustration, the coverage so far of the election campaign that is going on in Australia: the superficiality, the lies, the slanted coverage, the insistence on reporting the most mindless aspects of what goes on.

No journalist seems to realise that what he/she writes could well influence someone into voting one way or the other, instead of tossing up the alternatives and leaving the punter in question to decide.

There are one or two narratives that everyone feeds into; nobody seems to have a brain or even bothers to think before putting finger to keyboard or speaking into a mike before the camera. 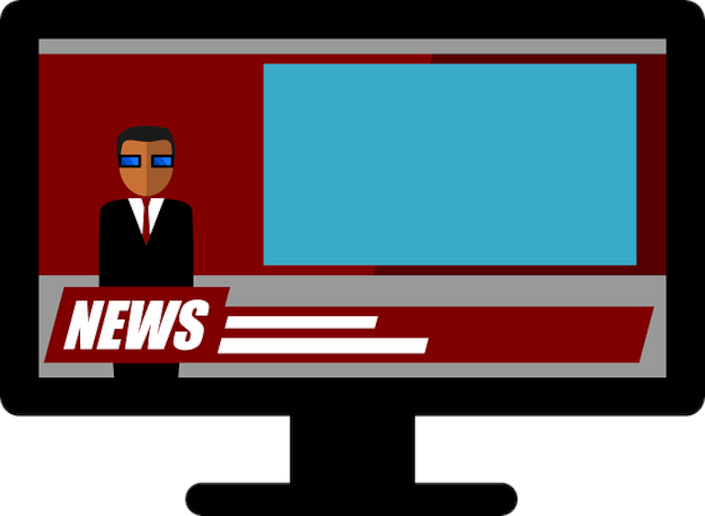 Image by everesd_design from Pixabay

Last night's broadcasting of the leaders' debate on a private pay TV channel was the absolute pits. Had it been a commercial network that was free-to-air, it would have been fine. Why were so many people prevented from seeing the debate unless they paid some cranky businessman a few dollars?

Would it have made a big dent in the balance sheets to provide a free feed to the other TV stations? This was not some program designed to bring in eyeballs, rather something to help people make an informed choice about whom to vote for. Reducing everything to dollars and cents means only that one knows the price of everything but the value of nothing.

When some businessman/woman decides that he/she can use democracy to boost his/her business share, it is sickening. Politicians go along with it because they want the coverage. That is a sick feature of our democracy too.

If one of the leadership aspirants had refused to participate, there would have been no debate. But both sides lack the integrity to do something like that. Each wants to win, no matter what they have to do to cross the finishing line in front.

The number of narcissists in journalist ranks is legion. The number who cannot string a sentence together is again quite a lot. The number who have massive conflicts of interest, but who keep quiet about them is a fair number too.

The only one being taken for a ride is the average punter. Journalists have forgotten that the man/woman in the street is their master. Instead, they genuflect before big business, politicians and any charlatan, provided there is something in it for them. As they say in Urdu, paisa wasool.

There's a month more of this numbing exercise to go. That's a frightening prospect.

More in this category: « Google exposed as it bids to show up Microsoft over security ABC unlikely to decide news presenter's fate before election is done »
Share News tips for the iTWire Journalists? Your tip will be anonymous