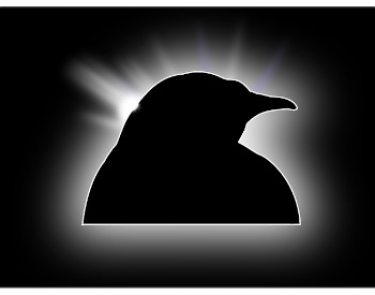 Despite numerous false alarms from security firms in the past — which have been enthusiastically spread by technology writers — it still appears that all a security firm or group of researchers has to do to gain some headlines is to write a post mentioning Linux and malware in the same sentence.

On 28 April, a Chinese research group NetLab published details about what it claimed was a "long live secret backdoor with 0 VT detection". The word Linux was not in the headline, but once one read the first paragraph, there it was in bold text: "A close look at the sample revealed it to be a backdoor targeting Linux X64 systems, a family that has been around for at least 3 years." [emphais as in original]

Some basic questions were not answered – and they were asked by someone who posted a response to the blog.

This user, who goes by the name John Mellor, asked: "Anyone can write an executable to do nefarious things, but what is the entry path onto the system? What compromise is used to install it? Who uses that package and has it misconfigured to allow this executable to be installed? Without this key information, this admittedly excellent analysis of the payload is useless. What is the CVE number?"

I have asked similar questions in the past when there have been random claims about malware that runs on Linux. But these queries do not in any way dissuade the normal suspects from hyping up such blog posts.

Both Bleeping Computer, which has plenty of form in this regard, and ZDNet, again a publication that has written similar stories, gave the blog post a boost, without bothering to question anything.

There are certainly some questions hanging over this blog post. I wrote to the company that posted it on Thursday, asking how the malware gained entry to a Linux system, but have not heard back.

This query was made because quite often excited reporters conclude that entry to a Linux system through some third-party software means that it is Linux malware. But then Linux refers to the kernel and core utilities. And Linux can be stripped down to a very lean install, unlike Windows where the whole caboodle has to be installed.

As I have written more times than I care to mention, an experienced researcher can write the most intricate script, which will do all kinds of dastardly things on a system running Linux – once it is installed on the system with root privileges. But if there is no infection vector, then that script is useless.

That's a point which the gentleman named Mellor made, using much better prose than I could ever write.

There are a few other curiosities in this blog post. First, the point that there have been zero detections of the script on VirusTotal. For the uninitiated, VT is a database owned by Google; something that is suspected of being malware can be uploaded to this database and it will be scanned by a number of anti-virus engines. If any of them have determined it to be malware, then that will appear in the results of the scan.

The fact that this script — which has been given the fancy name RotaJakiro — was not detected could well mean that others have looked at it and, not seeing any infection vector, decided that it was a waste of time uploading it to VT for a scan.

Again, while the Netlab researchers claimed the script supported 12 functions and three were executed through plugins, they confessed: "Unfortunately, we have no visibility to the plugins, and therefore do not know its true purpose." Then why write this post at all?

Another statement that could have been queried was the fact that the researchers claimed this script had some similarities with a botnet known as Torii. But then given the fact that mountains of malware is out there, with much of it having common code, how much validity does such a claim have?

The Netlab researchers claimed that commands were re-used in both Torii and RotaJakiro; but then they cited many common commands which even an ordinary Linux user would utilise, as seen below:

The first command would only be needed on a system which has SELinux and only Red Hat Enterprise Linux or Fedora systems have it as part of the default install.

Veteran Linux admin Russell Coker told iTWire: "Most people who use SELinux don't have a need to use semanage, as the default configuration works reasonably well and audit2allow to make new policy snippets is all that most users who need to change things need. So semanage isn't known by many people and it's also a complex command."

The last mentioned, initctl, is a command used with Upstart which is now in maintenance mode; the last release was in 2014. The other commands are all common.

At the end of this long blog post — which looks very impressive given the amount of code that is scattered within — the researchers had this to say: "While this concludes our analysis of RotaJakiro, the real work is far from over, and many questions remain unanswered: 'How did RotaJakiro spread, and what was its purpose?', 'Does RotaJakiro have a specific target?' We would love to know if the community has relevant leads."

Publishing half-work of this kind does not in any way burnish the reputation of a security firm.