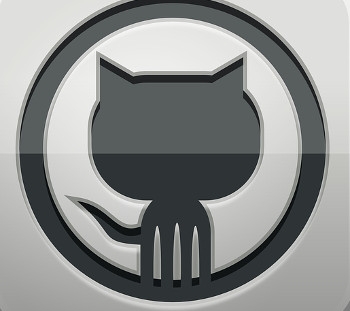 If Microsoft thought that selecting Nat Friedman to head its new acquisition, GitHub, would help burnish its open-source credentials, then it has made a big mistake.

Members of the free and open source software community have very long memories and the contribution made by Friedman and his great friend and business partner, Miguel de Icaza, now also an employee of Microsoft, to numerous incidents many years ago that split the community have not been forgotten.

For those who have been hiding under a rock, Microsoft on Monday (US time) announced that it was buying GitHub for for US$7.5 billion (A$9.79 billion) in Microsoft stock.

Ever since the low-key Satya Nadella took over as chief executive of Microsoft four years ago, the company has tried very hard to play down its image as an aggressive outfit that was out to rub everyone, especially free and open-source software users and developers, the wrong way. Instead, Nadella has tried to cultivate a touchy-feely image and make steps to break the impasse with FOSS developers.

The India-born Nadella has ensured that some of Microsoft's products have been open-sourced. His tone, and the tenor of debate between Microsoft and other companies, has been moderate, unlike in the days of Bill Gates or Steve Ballmer when conflict was the preferred option. But the company's old policy of "embrace, extend, extinguish", still seems to be very much part of its strategy.

For example, in the case of SQL Server, a Linux version of which was released with much brouhaha, only a subset of features are available in this version, compared to that which runs natively on Windows. And Microsoft, while providing versions of its its well-known Office software for competing platforms like Android, has still to make any move to open source its crown jewels: Windows and Office.

All the emphasis on its cloud operations cannot hide the fact that Microsoft is yet to sign up to any patent deals, such as the Open Invention Network or the LOT Network, that make the use of Linux safer.

The OIN holds a pool of patents that can be used against any company which threatens to sue Linux or applications that are essential to its functioning. The latter provides three free patents to any member to use against patent attacks by so-called patent trolls.

These organisations were set up after SCO, the former Caldera, sued IBM in March 2003 over "misappropriation of trade secrets, tortious interference, unfair competition and breach of contract."

SCO also claimed that Linux was an unauthorised derivative of Unix and warned commercial Linux users that they could be legally liable for violation of intellectual copyright. SCO later expanded its claims against IBM to US$3 billion in June 2003 when it said it was withdrawing IBM's licence for its own Unix, AIX. Nothing came of the case, but remnants of it are still dragging on, with only lawyers having benefitted.

Microsoft was long suspected to have financed SCO in this lawsuit.

Thus, open source developers have not been exactly enthusiastic about GitHub being taken over by an old enemy.

And then there is the Friedman factor. His close mate De Icaza was a co-founder of the GNOME Desktop Project in 1997, a DE that runs on Linux. Yet, De Icaza was one of the biggest proponents for Microsoft.

The apparent reason behind the emergence of GNOME, when there was already one thriving Linux desktop environment, KDE, was because KDE used QT, a toolkit from Trolltech which was not under a free software or open source software licence. KDE got underway in 1996 and, by the time GNOME came along, was already quite a good desktop for GNU/Linux and UNIX. (QT was later released under the GNU General Public Licence as well).

Along with Friedman, De Icaza started a company in 1999; called International Gnome Support in the planning stages, it was better known as Helix Code and later as Ximian. The aim of the company was to market the GNOME desktop commercially. It was bought by Novell in August 2003.

De Icaza and Friedman were acquainted before they met - at Microsoft in 1997 where Friedman was an intern on the IIS team. De Icaza interviewed for a job at Redmond, to join the team that was porting the company's Java VM to the Sparc, but was unsuccessful.

In the past, talk about KDE and GNOME used to often degenerate into a flamewar. The two projects were supposedly co-operating on some aspects of desktop development; according to Wikipedia, both were participating "in Freedesktop.org, an effort to standardise Unix desktop interoperability, although there is still some friendly competition between them."

In 2001 Ximian quietly used terms as "kde", "konqueror", "dcop" (the KDE "Desktop Communications Protocol"), and kparts (the KDE component model) as Google adwords for its own ads. When KDE developers Kurt Granroth and Andreas Pour published an article titled "'Business Ethics' in the Open Source Community?" which chastised Ximian for this deceitful practice, Friedman had sufficient chutzpah to say: "We knew what we were doing," noting that Ximian's goal was to ensure "as many users for Ximian GNOME as possible," within the context of "friendly competition." Bizspeak at its finest.

When de Icaza was cast aside by Novell after it was bought by the Attachmate group in 2010 — Attachmate chief Jeff Hawn told me that Mono had a very small number of loyal customers, all primarily in the gaming sector — he set up a company called Xamarin along with Friedman to continue with Mono development.

De Icaza's constant pushing of Microsoft technologies made him an object of scorn in FOSS circles. When Microsoft threw him a bone in March 2016 by purchasing Xamarin, many in the FOSS community breathed a sigh of relief.

He began developing Mono with the claim that it would pull open source developers to build software using .NET technologies. He was obsessed with Microsoft from the time he interviewed for a job there and was not chosen. He was acquainted with Friedman before the pair met at Microsoft where the latter was an intern on the IIS team.

But tailgating Microsoft has benefitted De Icaza financially. He got his first payday when Ximian was bought by Novell. He became a vice-president at Novell, but found himself without a home seven years later when the Attachmate group bought Novell, took it private, finding Mono to be of no use in its strategy.

De Icaza then started Xamarin to continue with Mono development, and managed to attract US$82 million from venture capital firms.

As with .NET, de Icaza was besotted with Microsoft's Silverlight technology which the company once claimed would become a replacement for Adobe's Flash. he was so much in love with Silverlight, that he started an open-source effort to clone it, called Moonlight.

But he was blindsided when Microsoft decided to ditch Silverlight as it was not gaining sufficient traction. When parts of .NET were open-sourced in 2014, de Icaza had to again manufacture an explanation for continuing with Mono.

Had not de Icaza had all this history one has no doubt that Microsoft would have picked him to head GitHub. Instead they have chosen Friedman, a silent partner in all de Icaza's ventures. But the FOSS community still remembers what went on during those years. And, if anything, Friedman's heading GitHub will lead to developers moving away, rather than attracting them.

More in this category: « The US creates 'nice' malware. In other news, the sun sets in the east... Microsoft PR machine in bid to make Windows appear safe »
Share News tips for the iTWire Journalists? Your tip will be anonymous