Cryptocurrencies: only one thing can be said with certainty 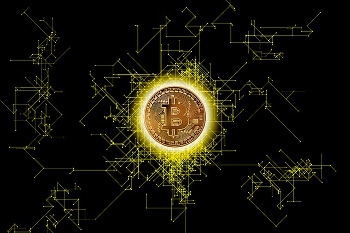 The ephemeral nature of cryptocurrencies has been underlined this morning by two stories: one claims bitcoin and most other cryptocurrencies will hit zero, while the other says the cryptocurrency market could hit US$1 trillion this year with bitcoin surging to US$50,000.

The former view is taken by Goldman Sachs, not exactly a paragon of virtue when it comes to the financial sector. The company's Steve Strongin said most digital currencies were unlikely to survive in their current form, and investors should prepare for coins to lose all their value as they’re replaced by a small set of future competitors.

Goldman, it must be remembered, deals in standard currencies. Its feet are firmly planted in Wall Street.

The trillion-plus prediction comes from, you've probably guessed it, a man who works at a cryptocurrency exchange. Thomas Glucksmann, head of APAC business development at Gatecoin, was quoted as saying: "There is no reason why we couldn't see bitcoin pushing $50,000 by December." Indeed.

Which does make it rather confusing for average individuals, many of whom are actively interested in investing in these assets in order to make a little money. After all, that is the raison d'etre for many of us.

In this case, it is easy to see that the statements, from both sides, are made out of self-interest, and to disregard them altogether. But quite often, one sees statements from so-called disinterested parties that veer in one direction or the other.

Cryptocurrencies are very much in the news these days, with the US, India, China and South Korea all speaking of regulations or bans. China has given a clear indication of its stance: nothing to do with these assets at all.

Australia has. so far, said nothing. That is not surprising, it is standard behaviour.

Perhaps the one thing that can be said with certainty about cryptocurrencies is that no government will allow a currency of any kind to gain sufficient traction unless it is able to control it. If any cryptocurrency does gain enough traction, then governments would lose control.

Remember how the US tried to peg back WikiLeaks after the video of American troops gunning down innocent Iraqi civilians surfaced? They told the credit card companies to disallow transfers to WikiLeaks, hoping to starve it of funds and finally get it to shut down.

That's the way governments try to control organisations that they perceive as a danger to their existence.

Governments will never lose control of currencies. If they did, they would be sitting ducks to lose what little authority they have.

More in this category: « Did car-sharing firm hack suspect enter an open door? Google unveils its latest bit of security theatre »
Share News tips for the iTWire Journalists? Your tip will be anonymous