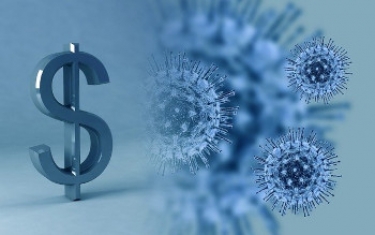 Image by fernando zhiminaicela from Pixabay

Exactly why the Federal Government has decided to upgrade the COVIDSafe app after its abysmal showing as far as contact tracing is concerned is a mystery.

The app, which was initially released for download on 27 April, detected only 17 cases. With about $70 million of taxpayers' money spent on its development, that worked out to approximately $4.12 million for each detection.

The government claims that 7.1 million people have downloaded the app, but has not issued any figures about how many are actually using it. As is well-known, there have been issues reported when using it on iOS devices.

The upgrade was announced on Monday, with Health Minister Greg Hunt and Government Services Minister Stuart Robert saying in a joint statement that there would also be a new government advertising campaign to remind Australians "that as we head into Christmas and restrictions are easing, people should maintain COVID-safe behaviours".

No doubt, the government needs to guard against a second, third or fourth wave of the coronavirus. The fact that Australia has achieved a good result in managing the pandemic — mainly due to the actions of the various states and territories — is no reason to be complacent.

In July, on the urging of a reader, I wrote to every single health department in the country, asking how many cases each had been able to detect through use of the app.

Only one department, Queensland, responded and it said that not a single COVIDSafe user had been detected.

The departments were contacted because a query to the Federal Department of Health about such data elicited the response that only the states could provide data on users.

As with all government projects that prove to be disasters, the COVIDSafe app has benefitted some people.

The Boston Consulting Group was one organisation to benefit. As InnovationAus reported, by 21 July, BCG had been paid more than a million Australian dollars for its work on the app.

Another beneficiary was the American cloud provider, Amazon Web Services, which took home about three-quarters of a million.

There appears to be a notion within government that if something is digitised, then miracles will eventuate. The understanding that digitising an inefficient process will only magnify the inefficiencies does not seem to have dawned on anyone in government ranks.

As I have pointed out on numerous earlier occasions, the government always seems to have plenty of money to throw at its own favourite projects, even if they are duds.

When it comes to giving money to the people — and this, by the way, is the people's money – suddenly funds seem to dry up, with the latest examples of these being the JobSeeker and JobKeeper allowances which have allowed many to survive during the pandemic.

More in this category: « Govt makes another bid to put lipstick on a pig aka the NBN ACCC chief should be wary of Google's tactics in Fitbit case »
Share News tips for the iTWire Journalists? Your tip will be anonymous