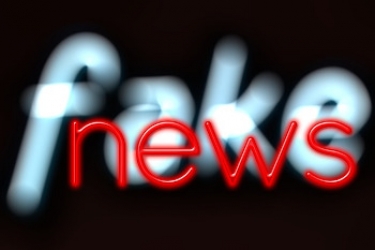 Much in the same way the myth that Russia colluded with the Trump campaign in the 2016 US presidential election was shown to be just that after a probe by former FBI chief Robert Mueller, the great Cambridge Analytica scandal appears to have also lost all its air like a deflated balloon.

A report by Elizabeth Denham, Britain's Information Commissioner found that the company had used "in the main, well-recognised processes using commonly available technology" to create what it sold to the Trump campaign.

The story told at the time was that CA, working with Cambridge University researcher Aleksandr Kogan, had used 50 million Facebook users' personal data, which he "scraped" illegally, to influence the results of both the British Brexit vote and the 2016 US election.

Denham's report, which took three years to complete, did not gain half as much publicity as the sensational reporting of journalist Carole Cadawalladr who wrote about it in an article in 2017 titled The great British Brexit robbery.

Cadawalladr, who along with Britain's Channel 4 was behind the story, described it as follows in a report that drips with hype: "There are three strands to this story. How the foundations of an authoritarian surveillance state are being laid in the US. How British democracy was subverted through a covert, far-reaching plan of coordination enabled by a US billionaire.

"And how we are in the midst of a massive land grab for power by billionaires via our data. Data which is being silently amassed, harvested and stored. Whoever owns this data owns the future."

Denham, needless to say, did not share these opinions to any extent. “On examination,” she told a parliamentary panel, “the methods that SCL [the former name for Cambridge Analytica] were using were, in the main, well-recognised processes using commonly available technology."

The report pointed out that even SCL employees were not convinced that their system was half as earth-shaking as Cadawalladr claimed it to be.

On Brexit, Denham said there was "no further evidence to change my earlier view that SCL/CA were not involved in the EU referendum campaign in the UK”.

"I have concluded my wider investigations of several organisations on both the remain and the leave side of the UK’s referendum about membership of the EU. I identified no significant breaches of the privacy and electronic marketing regulations and data protection legislation that met the threshold for formal regulatory action," she said.

Denham said she had referred details of reported possible Russia-located activity to access data linked to the investigation to the National Crime Agency.

Cadawalladr has made no statement about the ICO report which came out in the first week of October. She won a number of awards for her so-called exclusives. Whether she will return them now and acknowledge that her reporting was mostly hype remains to be seen.

But I wouldn't hold my breath on that score.

More in this category: « Australia must act fast to bed down mandatory media code law Microsoft releases a decent Edge browser for Linux »
Share News tips for the iTWire Journalists? Your tip will be anonymous