Budget bits and pieces: did we really need this stage-managed exercise? 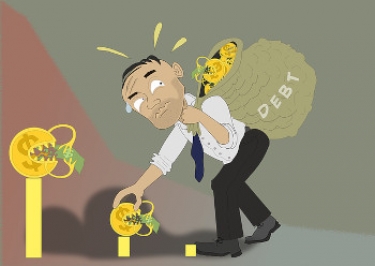 The Labor Party promised, prior to the election in May, that it would bring down power bills by $275 yearly by 2025. That last bit is important: by 2025.

There are plenty of journalists — or perhaps one should call them stenographers — repeating that line ad infinitum, only conveniently leaving out the time factor: by 2025.

There are two classes who write for the mainstream and even smaller media: Labor supporters and Coalition supporters. It's easy to guess which class leaves out that time element.

Any wonder then that journalists in Australia are trusted as much as second-hand car salesmen or real-estate salesmen are?

I am often ashamed to describe myself as a practitioner of a craft, which I learned at the page-making stone some 43 years ago, breathing lead fumes all the time as the linotype and monotype machines heated up around me.

But I digress. Why has no journalist asked if we needed a budget at this time?

When did Australia ever have a budget, or mini-budget, in October or any other point of the year, except in May?

World+dog is afraid to say that this was a propaganda exercise by Labor – because it could demonstrate some of the unrestrained and wasteful spending by Scott Morrison and his buddies.

No, saying so would remove one from the class that has "insider" access to the Labor Party and ensure one's removal from the list of those who get those timely drops.

Even if they be mostly routine press releases, the insider class — remember the ABC has a program on Sunday morning called Insiders — loves to get them ahead of time. It gives them a special feeling.

Why has nobody asked Treasurer Jim Chalmers if he is afraid of big business? Else, why do Anthony Albanese and Jim fight shy of imposing a big tax on the massive profits that oil and gas companies have pulled in?

Doesn't the stuff in the ground belong to all 25 million who live in this vast brown land? Norway has done plenty with its share of resources, while in Australia we have a bunch who lack the guts when it comes to taxation measures.

That fear of big business isn't something restricted to Labor; no, the Coalition is well ahead in the race. Companies took government money during the height of the pandemic and made huge profits. Remember JobKeeper?

The only time the Coalition showed some guts was in browbeating a harmless woman named Christine Holgate, in insisting that welfare recipients pay back debts which were mostly non-existent and defending their own colleagues over matters that had a bad smell emanating from them.

But they still keep coming. No pun intended.

More in this category: « US keeps spreading China phobia, but seems to be losing its grip Phishing has been around long enough for Westpac to know »
Share News tips for the iTWire Journalists? Your tip will be anonymous