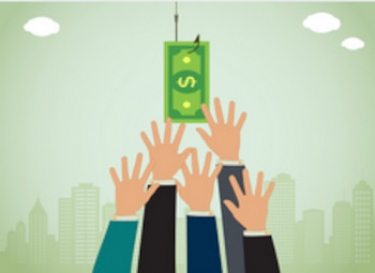 Is one mistaken or is Google now resigned to the introduction of a mandatory code that will force it to negotiate with Australian news publishers over payment terms?

The fact that Google ANZ managing director Melanie Silva has found no new arguments to mount since 2 October — her 11 October post was just a rehash — could be taken to mean that the company is now resigned to having to negotiate on Australia's terms.

The possibility that Google will seek Democrat intervention in the matter in the event that Joe Biden wins the 3 November presidential poll cannot be ruled out.

Biden was vice-president to Barack Obama and the latter's eight years in power were a time when the search company had immense influence in Washington.

The company was able to use its close ties to the White House to scupper a proposed anti-trust probe into its alleged unfair competition in 2012.

Google's tactics in matter like this — indeed, whenever it is on the back foot — were outlined in lucid fashion by Oracle executive vice-president Ken Glueck in a blog post this month: "kick the can down the road."

The search giant has been true to this method in mounting opposition to the Australian Competition and Consumer Commission's move to draft a media code, but now appears to have run out of steam.

Unlike Facebook, Google has not raised the nuclear option: leaving the Australian market as it did in Spain. One of the reasons why the company has been reticent to do so is probably because this is one of five English-speaking nations in which it operates.

The date on which Australia decides to legislate the code will make a big difference to the outcome. There are not that many parliamentary sitting days before the year ends and the sooner the legislation is bedded down, the better.

Else, there may be phone calls from Washington DC, asking questions of Scott Morrison. And we all know how our current man of steel responds to such calls.

More in this category: « Microsoft adept at deflecting questions about culpability in malware pandemic Cambridge Analytica yarn turns out to be as much a hoax as Russiagate »
Share News tips for the iTWire Journalists? Your tip will be anonymous