ATO employees must be able to prove their ID to public 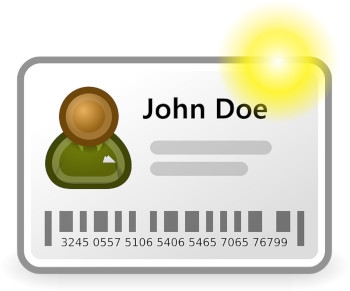 The Federal Government intends to ask Australians to have a single ID check and then create something known as Govpass to prove their identity when dealing with any government agency.

But the government has not yet thought of any means whereby government employees can prove they are whom they say they are, when calling ordinary people.

Staff of the Australian Taxation Office, for example, are often prone to merely state, "I am calling from the ATO" and expect to be believed. Something like Moses making a proclamation from Mount Sinai.

Taking their word for it becomes even more difficult when the staff in question call about a specific matter and have none of the documents about this matter with them.

I speak from personal experience. Earlier this week, I received a call from someone who claimed to be from the ATO — calling from a private number — and asked me about a tax amendment which I have filed with the organisation.

This man had no way of proving who he was. He kept asking me for details to prove my identity, but had no access to any of the documents which I sent the ATO for this amendment.

When he kept fumbling his way through and started to ask for more and more details, I grew suspicious and asked him whether he could prove he was from the ATO. He seemed unprepared for this question.

In an era when scams, both via email and phone, are common, and one has people calling and emailing claiming to be everything from the Aga Khan to the Emir of Kuwait, it is a good idea for someone in government to sit down and give some thought to creating a means whereby people who work for agencies like the ATO — and need to contact members of the public — have some kind of means of verifying their identity.

The ATO was contacted for comment on this matter on September 3. The agency has remained silent.

Update: The ATO responded on Wednesday afternoon, with a spokesperson saying: "Depending on the circumstances ATO staff may make outbound calls to clients and will identify themselves with their full name. If in doubt of their identity, clients can contact the ATO Switchboard on 13 28 69 and request to have their call transferred to that staff member."

In other words, the onus is on you. The ATO does not wish to accept responsibility.

More in this category: « Optus' telco profits drop – so it gets into the spam business Here we go again: encryption bill will make us all unsafe »
Share News tips for the iTWire Journalists? Your tip will be anonymous