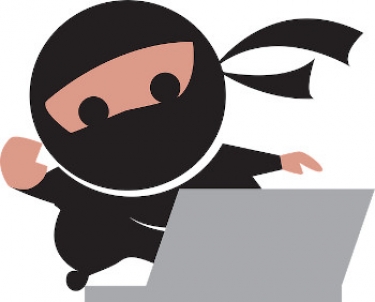 Image by Paul Diaconu from Pixabay

A measure of how much the coronavirus pandemic has spooked people can be gauged from the lack of any outcry over the plans announced by Google and Apple for developing technology that can be used for contact-tracing.

Even when the two companies, both notorious violators of user privacy, said the technology would become a part of their own mobile operating systems, there has been little or no comment on how dangerous this could be to users worldwide.

Embedding this technology within iOS and Android means that it is unlikely to be ever removed; had it been a separate app that was being crafted, there would have been some reason not to get unduly alarmed.

But, as is well-known, governments and big corporations tend to use the breakdown of normalcy to push their own agendas. The Canadian writer, Naomi Klein, has documented several cases of this in her excellent work The Shock Doctrine. On the inside flap of the book, she points out the theory that drives such action: "Only a crisis — actual or perceived — produces real change. When that crisis occurs, the actions that are taken depend on the ideas that are lying around."

The man who uttered those words was the late Milton Friedman, whom Klein calls "one of the original shock doctors".

Given the morbid fear in the hearts of people as they shelter indoors to avoid becoming victims of COVID-19, few are inclined to protest about anything the government prescribes as an antidote to the disease, something that the authorities claim will help restore normalcy sooner.

But given the past record of both Google and Apple, there should be no docile acceptance of what the two companies have decided to do. Google has obfuscated more times than I recall about its privacy practices, always in order to make a quick buck.

This latest code addition, disguised as helping humanity, will give the company more varied data that it can then milk in order to add to its already overflowing bank accounts.

With Apple, until January this year, one was inclined to give the company the benefit of the doubt when it came to privacy. But then that month, Reuters reported that Apple's chief executive Tim Cook had dropped plans to protect users with end-to-end encryption for their data back-ups on iCloud.

The report said Cook had dropped these plans about two years ago - meaning sometime early in 2017. That was soon after a clash between the company and the FBI ended; the US domestic intelligence agency had been demanding that Apple craft a version of iOS that would allow federal agents to make unlimited guesses to determine the passcode on an iPhone 5C belonging to a terrorist who had been involved in an incident in California in December 2015.

Apple did not yield to the FBI's pressure, with both Cook and the company gaining a huge amount of kudos for that, by claiming that user privacy was more important to the company.

In 2018, Cook told Germany's Der Spiegel that Apple would stop keeping the encryption keys for iCloud back-ups, making it impossible for it to ever give this data to a law enforcement agency.

But this did not happen. When Reuters reported that Apple had abandoned these plans, there was not a peep out of Cupertino. Cook was silent. Nobody has asked a word about it either so the story has died in silence. And then COVID-19 came along and consumed everybody's bandwidth...

The incident is a good enough reason to place Apple on the same level as Google when it comes to user privacy. Both companies want to squeeze as much income out of user data as possible – and everything else be damned.

More in this category: « Taxing Google and Facebook: premature rejoicing could be in vain Govt shows it has a tin ear when it comes to privacy concerns »
Share News tips for the iTWire Journalists? Your tip will be anonymous