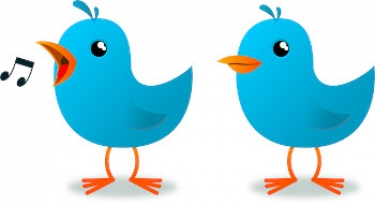 The ABC appears unlikely to publicise any decision it makes about the future of news presenter Fauziah Ibrahim — who has disappeared from public view after she was outed for hosting public Twitter lists on her personal account of those she categorised as Labor Trolls and Lobotomised Shitheads — before the federal election is over.

Ibrahim has been absent from the weekend news programs on ABC News 24, a program she normally fronts along with Johanna Nicholson, on the last two weekends. Her place was taken by John Barron, a host of the program Planet America.

iTWire's inquiries to the ABC about the incident and what the corporation is planning to do have gone unanswered. iTWire was the first to report about Ibrahim's indiscretions, on 17 April.

There's some pretty epic gaslighting in this article. "Perceived" bias?!! It wasn't perceived, it's FACT that Fauziah Ibrahim created and curated a list called #LobotomisedShitheads containing Labor supporting accounts. These lies are EXACTLY why people are upset.#ausvotes

There are indications, however, that no action will be taken against Ibrahim, apart from possibly a warning that any future indiscretions of a similar nature would be met with sterner action.

This can be inferred both from the ABC keeping silent on the issue and ensuring it does not earn headlines until the election is over, and also the appearance of other articles that seek to divert blame from Ibrahim.

One of these articles appeared in The Age and the Sydney Morning Herald on 1 May, with the writer, Karl Quinn, trying to portray criticism of Ibrahim's mistakes as part of a "social media onslaught targeting the ABC".

Fact ~ the ABC has standards to uphold:
Presenter Fauziah Ibrahim ~ with her personal attacks ~ specifically named ~ on her Facebook account ~ was a wilful breach of ABC rules for staff. That these posts have since been deleted is proof. Only the guilty delete evidence. https://t.co/WuMZxwxoXd

Quinn did not mention the fact that one of Ibrahim's lists was called Lobotomised Shitheads. He also omitted the fact that the ABC has laid down clear guidelines for the manner in which ABC employees should conduct themselves on their private Twitter accounts.

His tactic was to quote a number of "experts" to justify the claim that the ABC is attacked from both the left and the right – and a major part of his article did not deal with the Ibrahim issue at all.

Quinn mentioned numerous ABC personnel who have been criticised on Twitter, but failed to explain why the political editor of 7.30, Laura Tingle, a woman, has earned nothing but unstinting praise on Twitter for her reporting and analysis.

I have attached the response I have received from David Anderson MD of @ABCaustralia in response to my raising of concerns about @fauziah_ibrahim's Twitter account.

But then perhaps if he had gone down that path, Quinn would have had to examine the contributions of a number of ABC personnel whom he tried valiantly to champion – and that is unlikely to have served his purpose.

Surprisingly, a second article, that again tried to cast Ibrahim as some kind of victim, was published in the Daily Mail, a publication that is not exactly known for quality journalism, on 1 May.

The author, Brittany Chain, drew on a podcast from 2021 to highlight the claim that Ibrahim has had issues with her public appearances as her work is "taxing".

A third article, by Antoinette Lattouf, again in the two Nine Entertainment newspapers, attempted to deflect from Ibrahim's lists, claiming that criticism of Ibrahim was levelled more at her name, colour and religion, than her work. Lattouf's article appeared to be a cover for plugging a book that came out today (5 May).

Spin can only last so long. At some point in the not-too-distant future, the ABC will have to make a public statement about Ibrahim. It is funded by taxpayer money and it cannot hide its reactions to indiscretions of this kind forever.

More in this category: « Election campaign unmasks journalists for what they really are Nine's leaders' debate just a badly organised shouting match »
Share News tips for the iTWire Journalists? Your tip will be anonymous