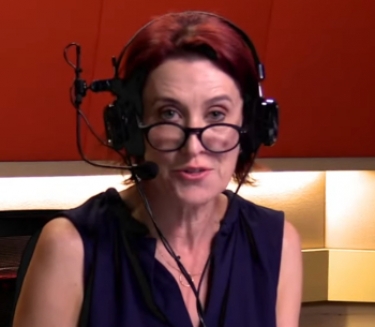 Given the spate of data breaches that have been affecting Australian companies in recent times, one would think that journalists, who often have to query officials about these incidents, would be brushing up a bit on their tech knowledge in order to avoid looking foolish.

Alas, that does not seem to be the case. On Monday morning, the ABC's Virginia Trioli, who hosts the morning program, actually asked the chief executive of Medibank, David Koczkar, whether it was necessary to have an admin user on an IT network.

Her question followed Koczkar's statement that whoever attacked Medibank's systems had gained access by using credentials belonging to an admin user.

And so, in all seriousness, Trioli wanted to know if it was possible to avoid having these pesky admin users on IT systems. She followed up with a vague question about two-factor authentication.

Trioli's news sense does not appear to be the sharpest either; she initially allowed Koczkar to bleat on about his company's gallant refusal to pay any ransom in order to get the data that is encrypted unlocked.

Of course, the main point in Medibank's announcement this morning was that the number of people exposed has now gone up to 9.7 million. That was buried towards the end of the statement that was issued, but then it is the job of a competent newsperson to sniff it out.

The fact that Medibank would be going against the Australian Government's position on ransoms if it did fork out the moolah did not seem to occur to Trioli either.

No doubt, one has to be sympathetic to people whose systems have been breached, but getting tangled in spin is an entirely different thing. Medibank has been slowly releasing data about the breach, with the news going from bad to worse from day to day.

It is something akin to slowly boiling a frog, so that the animal will feel the least pain until it finds itself fully cooked.

On the data breach front, it would be good if the taxpayer-funded national broadcaster's staff were to get a little beyond, "Ooh, the cybers" and spouting tripe about "hackers". It is rather juvenile to say the least.

More in this category: « Age reporter accuses Vic premier of deceit, but then has second thoughts Grandstanding about Musk and Twitter is simply a waste of time »
Share News tips for the iTWire Journalists? Your tip will be anonymous