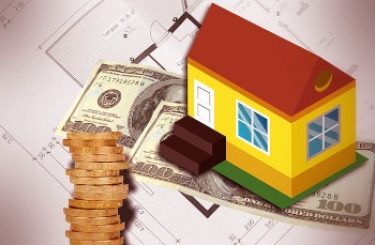 The ABC, which claims to be Australia's "most trusted news service", failed to tell its viewers, during an investigative program on house prices, about the possible impact money laundering has on the local housing market.

The 45-minute-long Four Corners program on Monday night, presented by senior ABC reporter Stephen Long, went into considerable detail about the reasons why house prices are continuing to rise, but failed to make any mention of one factor that is acknowledged as possibly playing a big role.

Though there were predictions about the pandemic having a negative effect on house prices, the market has continued to buck the trend, continuing to defy all the so-called experts.

As recently as September this year, the chairman of Austrac, the government body that tracks money laundering, warned in a report published by The Australian about a money laundering and terrorism risk assessment of the major banks, that "laundering the proceeds of crime through property purchases can drive up prices and keep legitimate buyers out of the market."

In commenting on this, the website MacroBusiness wrote: "It feels like Groundhog Day. Fifteen years ago, the Australian Government agreed to implement the Tranche 2 global AML [anti-money laundering] rules for lawyers, accountants and real estate agents in a bid to prevent laundering of illicit funds, especially into Australian property.

"However, these reforms have been continually postponed amid fierce lobbying by shadowy 'vested interests' negatively impacted by the reforms. This has led to Australia having the weakest AML rules in the world pertaining to lawyers, accountants and real estate agents."

Back in 2019, experts warned that Australia was lagging behind the rest of the developed world when it came to combating the flow of illicit money entering the housing market.

An SBS report said: "Money from international drug trafficking and other crimes is flowing into the Australian housing market and potentially distorting prices for everyday Australians looking to buy a house, they [experts] say.

"While it is difficult to say how much dirty money is distorting the housing market, experts say the flows are 'significant' and new laws and regulations are needed to combat the issue."

The ABC's Long mentioned low interest rates, government incentives, including negative gearing and low taxes on capital gains, and numerous other possible reasons for house prices continuing to stay high and unaffordable for many prospective young buyers who are looking to break into the market.

The Austrac report said: “Serious and organised crime groups can use real estate as an investment or as a lifestyle benefit to integrate the proceeds of crime into the legitimate economy.

“The sale and purchase of real estate presents particular appeal to money launderers looking to conceal large sums of money in few transactions, or who use corporate vehicles and trusts to disguise beneficial ownership.

“Real estate purchases made with loan products may also offer protection from losses in the event of law enforcement confiscation proceedings; for example, if a partner agency restrains a property encumbered by a loan, criminals only stand to lose the value of the deposit, interest and loan repayments made.”

More in this category: « Telstra in box seat to buy NBN Co after its Digicel deal Malcolm Turnbull needs to explain dodgy cut-down NBN rollout figures »
Share News tips for the iTWire Journalists? Your tip will be anonymous