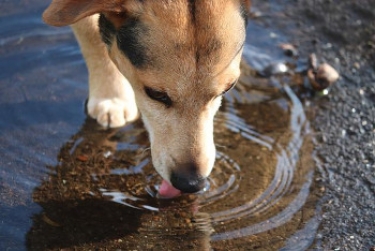 Image by Manfred Richter from Pixabay

The ABC has reported that learning software providers were slurping up data of students during the pandemic without clearly indicating they were doing so, but failed to disclose that both its iview service and its news website do something quite similar.

On its 7.30 program on Wednesday, the ABC reported on what it described as "the results of an exclusive investigation revealing how education technology companies treated the data of millions of Australian school children".

The report, headlined "Millions of Australian school students tracked by education technology companies during lockdown" contained comments from privacy expert Chris Cooper of Reset Australia, a researcher at the Australian branch of the tech think-tank.

It bespeaks a lack of self-awareness on the part of the national broadcaster – which, given that it is funded entirely by taxpayers, has no need to collect data the way in which commercial firms do.

As iTWire has reported the ABC leaks the data of users, logged in or not, to a number of commercial outlets, including Google, Facebook, Chartbeat and Tealium.

Melbourne researcher Vanessa Teague, one of the few technical experts to raise objections to the ABC's imposition of logins for iview users, has pointed out that the ABC news website was also leaking data to the likes of Google, Facebook, Chartbeat and Tealium.

She demonstrated the leaking in a video she uploaded on YouTube, one that somewhat surprisingly has a very small number of views. Even hashed email addresses are sent to these commercial entities. iTWire has independently verified that this does indeed happen.

Asked for his reaction to the fact that the ABC is no vestal virgin when it comes to gobbling up user data, Cooper responded: "Our Privacy Act is woefully outdated for the digital age and so its current review is really important to establish new controls that ensure all Australians have greater control over the collection and use of their personal information.

"There should not be exemptions to the Act, ensuring all organisations, companies and governments understand their responsibility to individual user privacy. But importantly, we also need specific rules on the use of children’s data, rules that ensure their data is only used in ways that are in their best interests, not the best interests of companies."

The Australian Privacy Foundation has repeatedly asked the ABC for more details about the data slurping, pointing out that the compulsory registration to use iview could well be a violation of the Commonwealth Privacy Act of 1988.

As APF chair David Vaile and deputy chair Dr Juanita Fernando have repeatedly pointed out, this Act specifies that "individuals must have the option of not identifying themselves, or of using a pseudonym, when dealing with an APP [Australian Privacy Principle] entity [such as the ABC] in relation to a particular matter".

But the ABC has gone on its merry way, not bothering to provide substantive answers to the APF. Yet, all the while, it boasts of being the most trusted news organisation in the country.

More in this category: « No kidding, Microsoft now charges firms to tackle Windows ransomware
Share News tips for the iTWire Journalists? Your tip will be anonymous