The problem with Huawei? It happens to be Chinese 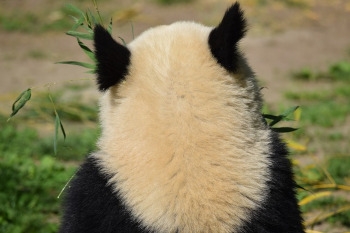 Much in the tradition of man bites dog, on Tuesday we had a genuine news story when one Western country, Germany, asked a question which is rarely asked: where is the evidence that the Chinese telecommunications equipment maker Huawei is using its products to spy on behalf of Beijing?

Given the hysteria that the US has generated around Huawei, that is the equivalent of questioning the law of gravity. It is a given that Huawei is up to no good and Uncle Sam wants to help the rest of its right-thinking folks to hold out against nasty Chinese designs.

Journalists are happy to lend credence to this fable, swallowing tales from "official sources" with glee and regurgitating them verbatim in the publications for which they work. Just a few days back, Australians Chris Uhlmann and Angus Grigg had a dramatic yarn about how spies from the Five Eyes — the US, the UK, Canada, Australia and New Zealand — hatched a plot to prevent Huawei from selling equipment to anyone who would listen.

Buried within that tale was a reference that Huawei had copied in Australian Signals Directorate chief Mike Burgess on a tweet that it had demonstrated that separation between the 5G radio access network and its core was possible – something Burgess has claimed is not possible and the main reason why Huawei has been banned by Australia.

But then Uhlmann and Grigg are not concerned with technical details – anything that comes from a Western spy chief is acceptable. Burgess was quoted as replying with a tweet saying that he had yet to see such isolation in 5G technology. He obviously knows more than the 3GPP, the organisation that is actually deciding the standards for 5G.

Anything that paints Huawei in a good light is Communist propaganda in the eyes of journalists such as these.

For all the talk of spying by Huawei, one has yet to see any evidence of such activity. There have, however, been backdoors disclosed in equipment from global networking vendor Cisco, one which the company buried therein. Yet there has never been any talk of banning Cisco equipment from the Internet.

There has also been a verified account of the American NSA spy agency planting backdoors in Cisco equipment when it was en route to certain customers.

But then Cisco is an American company. It ain't got no truck with those Communists. So too the NSA, which is as American as apple pie. And you know that anything American cannot be involved in anything shady.

The argument one hears often is that under Chinese law, Beijing can ask any Chinese company to assist in the task of espionage. But then nobody mentions that the situation in the US is the same – and, in fact, the NSA has already used the good offices of Messrs Google Verizon, Apple, Microsoft et al to spy on all and sundry. The agency has paid companies to obtain data on their customers. After the Snowden revelations, this is no figment of one's imagination.

To digress a bit, Australian journalists are also prone to work themselves into a lather whenever they mention the fact that China has developed islands in the South China Sea as a military base. But there is never a mention of the equally indisputable fact that the US has about 40 military bases in the Pacific, completely ring-fencing China.

This morning, I was struck by some posts on an American website known as Slashdot; responding to a post about Huawei asking for proof to justify the US and other countries' claims that it is involved in spying, several people responded by saying that they would prefer to buy Huawei phones.

Crazy? No, their argument was that China could do nothing to them even if it were spying on them, whereas if they were spied on by the NSA and the CIA — through American devices — then they were indeed in danger.

The level of espionage carried out by the NSA and the CIA is far in excess of anything indulged in by China, Russia, Iran or North Korea – the four countries that are most often blamed for cyber intrusions. But one never hears of any American cyber activity at all; when it comes to that, American journalists, for all their talk of democracy and a free press, become fiercely patriotic.

So I guess the mud being thrown at Huawei will continue, until the US is satisfied that it has saved its allies from the danger of Chinese spying.

People who look for logic in this nakedly political exercise are searching for pearls in mud.

More in this category: « More spin in an effort to polish the encryption turd Google's AI is more artificial than intelligence »
Share News tips for the iTWire Journalists? Your tip will be anonymous