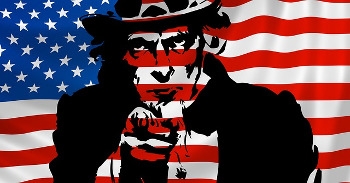 For more than a few decades now, Huawei has been supplying telecommunications equipment to all parts of the world, 170 countries in all. Chances are that if there were any backdoors planted in that equipment, then some man or woman in some part of the world would have cottoned onto it.

The Australian Government's decision to ban the company — and also its compatriot ZTE — from being a part of 5G networks in the country is not based on any logic. It is a political decision taken mainly to please the United States which has been bleating itself blue in the face with innuendo against Huawei.

Underlining the fact that this is all about the US wanting to curb China's ambitions, is the curious case of ZTE which actually violated US sanctions on exporting products to Iran and North Korea. A seven-year ban was imposed, and then lifted because US President Donald Trump personally intervened.

Australian politicians lack the basic intelligence to take decisions that favour the country. No, all they are interested in is sucking up to the big boy on the block in order that they can feather their own nests. They forget that the US can be the worst ally around.

Playing lapdog to Washington often results in being kicked in the face. Remember John Winston Howard, the man who bowed and scraped every time the US was mentioned? When he tried to get an increase of just 100,000 tonnes in Australia's beef exports to the US as one of the components of a free-trade deal in 2004, George W. Bush — his great mate, mind you — just knocked him back. The US was rightly bothered about the interests of its own agricultural sector.

Huawei has something like 700 employees in the country and while it has at least one mid-sized project to implement in the near future — a $136 million deal with Western Australia to to build and maintain digital radio services that would provide voice and data services across the rail network in Perth — that will not keep it going as it has. It will also be able to continue to sell its smartphones – unless the government decides to ban those as well.

But supplying equipment to telecommunications networks has been its main game and that business will now have to wind up. Australia is the first country to impose an outright ban on the company; the UK and Canada have chosen, more prudently, to test Huawei's equipment and then rectify any issues if needed.

The Chinese Government's reaction to the ban is yet to be known. While Beijing has made its feelings known through media statements here and there, there is unlikely to be any official stance. The effect will be felt by Australian businesses who are trying to make headway in what is already a difficult place to do business.

Over the last year and more, Australia's ties with China have been in a state of flux. The Huawei decision is likely to add petrol to the already burning fire.