Facebook lives on personal data. But Zuckerberg won't admit it 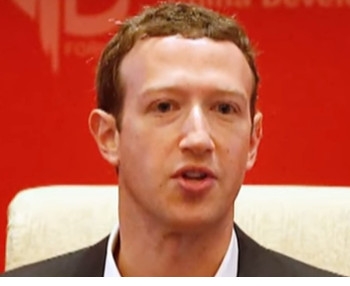 Just one nugget of truth has emerged from all the brouhaha over Facebook, including the much-touted appearance by chief executive Mark Zuckerberg before the US Senate on Tuesday US time.

And that was a statement from Facebook chief operating officer Sheryl Sandberg last week that if users of the social media site were unwilling to allow their personal data to be used by Facebook, then they would have to pay for the service.

That was the only acknowledgement by any Facebook official that the company cannot run its business without personal data. All the bowing and scraping by Zuckerberg as he was asked mostly irrelevant questions by grandstanding US politicians did not result in providing any information about how the mess created by the company can be cleaned up.

This is not true. We were never notified. I hope Zuckerberg and Facebook correct the record. Now, back to making things work better going forward... https://t.co/Qw9RfyGYPj

There were a couple of porkies told by Zuckerberg when he claimed to having informed both sides of US politics that Russians were targeting the 2016 US presidential poll, only for Robby Mook, a member of Hillary Clinton's team, to come out and issue a flat denial.

Zuckerberg did the normal grovelling act and kept his tone low and respectful. But he had a full set of notes from which to pick his answers, no surprise given that he can recruit the best-paid PR flacks in the US.

He made all the right noises that politicians expect, with well-scripted remarks. "For the first 10 or 12 years of the company, I viewed our responsibility as primarily building tools that, if we could put those tools in people's hands, then that would empower people to do good things,” he said.

“What I think we've learned now across a number of issues, not just data privacy but also fake news and foreign interference in elections, is that we need to take a more proactive role and a broader view of our responsibility. It’s not enough to just build tools. We need to make sure that they’re used for good.”

A second day of such grovelling will take place on Wednesday US time. Anyone expecting serious steps to regulate the company can forget about it - Facebook's biggest donations go to the committee that questioned him.

More in this category: « Australia's Facebook probe is a laughable response Morrow says copper is slower than fibre. And in other news, the sun rose in the east... »
Share News tips for the iTWire Journalists? Your tip will be anonymous