ABS head and Brandis are as peas in a pod Featured 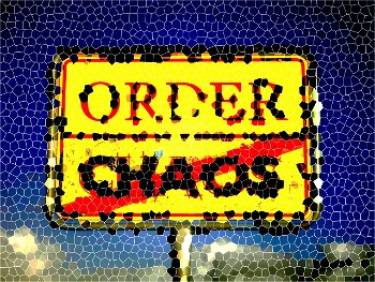 There are many similarities between the head of the Australian Bureau of Statistics David Kalisch and federal Attorney-General George Brandis.

Nobody who was in Australia during the time when the government was trying to push its metadata retention regime will ever forget the trainwreck of an interview that Brandis had with Sky anchor David Speers.

It was clear that Brandis had no idea what he was talking about and even clearer that he was annoyed at being questioned.

Similarly, Kalisch appears to have no idea about the concept of privacy even as he and others at the ABS try desperately to offer a figleaf of justification for the high-handed decision that was taken quietly in December, to retain names and addresses in this month's census.

Kalisch was even willing to admit that the ABS had been lying for years, and double back on the period of retention, reducing it from an indefinite period to four years, in order to try and plead his case.

But it has all fallen flat.

To the public in an increasingly digital and connected world, Kalisch appears like some arrogant landlord of old, disconnected from reality, who is trying to raise the rent without telling the tenants about it.

There was a time when data in one area of government would stay there and be used for that department alone. It was too difficult to be brought across to another department.

Now, with the era of big data upon us, it is child's play to collate data across agencies to find out more and more about the citizens of a country. The US National Security Agency is a master at this; Google is not far behind.

The treasurer, Scott Morrison, alluded to this during the federal election campaign when he said that there would be efforts to cut back on welfare payments based on information that the government had about those who were beneficiaries. Information that could be well derived by government-sanctioned collection of data. The census springs to mind.

And if Kalisch thinks that people are naive enough to believe that separating names from the remainder of a person's data means that the two cannot be correlated, then he is living in a fool's paradise.

As the online newsletter Crikey pointed out yesterday, (paywalled) it is child's play to tie so-called "anonymised data" to an individual.

The publication has been a harsh critic of the name retention policy and has called on Australians to boycott the census altogether.

It is remarkable that no politician has come out and criticised this high-handedness. iTWire has written to the Labor Party and the Greens and also contacted independent Andrew Wilkie. Neither party deigned to even reply, while an aide of Wilkie's responded and provided some inane government advice that had been sent to him when he asked the government about it after one of its constituents had approached him.

One thing is sure: this time, the ABS hoped for better quality data than ever before. Given the bid to invade people's privacy, the data is likely to be much worse. And for that, Kalisch will have only himself to blame.

More in this category: « Microsoft Lumia sales fell to 1.2m in last quarter Google takes another step in Web search domination »
Share News tips for the iTWire Journalists? Your tip will be anonymous