ZFS to be offered by Debian 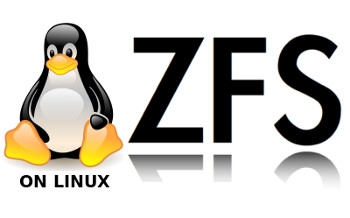 The Debian GNU/Linux distribution will include the ZFS filesystem as a choice from now on, according to an announcement by Petter Reinholdtsen, the developer responsible.

According to Ana Guerrero López, a member of the Debian publicity team, the inclusion of ZFS was announced slightly more than a year ago, in April 2015 by the project leader at the time, Lucas Nussbaum.

In an email, Nussbaum wrote "We received legal advice from Software Freedom Law Centre about the inclusion of libdvdcss and ZFS in Debian, which should unblock the situation in both cases and enable us to ship them in Debian soon."

In January, the next project leader Neil McGovern wrote a detailed post about the problems that were preventing the inclusion of ZFS in the Debian archives.

"ZFS is licensed under the CDDL, and the Linux kernel under the GPLv2-only. The project views that both of these are free software licenses, but they’re incompatible with each other," he wrote. "This incompatibility means that there is risk to producing a combined work with Linux and a CDDL module.

"Now, does this mean that Debian would get sued by distributing ZFS natively compiled into the kernel? Well, maybe, but I think it's a bit unlikely. This doesn’t mean it's the right choice for Debian to take as a project though!

"It brings us back to our promise to our users, and our commercial and non-commercial downstream distributions. If a commercial downstream distribution took the next release of stable, and used our binaries, they may well get sued if they have enough money to make it worthwhile. Additionally, Debian has always taken its commitment to upstream licenses very seriously. If there’s a doubt, it doesn't go in official Debian.

"It should be noted that ZFS is something that is important to a lot of Debian users, who all want to be able to use ZFS in a manner that makes it easier for them to install. Thus, the position that we’ve arrived at is that we can ship ZFS as a source only, DKMS module.

"This means it will be built on the target machines, and we’re not distributing binaries. There's also a warning in the README.Debian file explaining that care should be taken if you do things with the resultant binary – as we can’t promise it complies with the licences.

Guerrero López said many people had interpreted as meaning the same thing as Ubuntu which is now including ZFS. "However, Debian and Ubuntu are not doing the same, Ubuntu is shipping directly pre-built kernel modules, something that is considered to be a GPL violation. As the Software Freedom Conservancy wrote 'while licensed under an acceptable licence for Debian's Free Software Guidelines, also has a default use that can cause licensing problems for downstream Debian users'."

More in this category: « Progress announces NativeScript 2.0 for native mobile app dev with Angular 2 Systemd change has Linux users up in arms »
Share News tips for the iTWire Journalists? Your tip will be anonymous