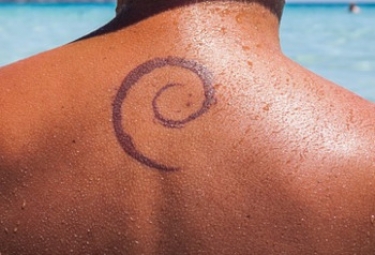 Two of the three candidates who contested last year's election for the post of Debian project leader are set to fight it out again this year.

Jonathan Carter won the election last year and is running for re-election, while Sruthi Chandran has opted to take another tilt at becoming the project's first female leader.

Voting began on 4 April and will wind up on 17 April. The new term for the project leader will begin on 21 April.

In her platform statement, Chandran said she was running because she was concerned about the skewed gender ratios within the free software community.

"How many times did we have a non-male candidate for DPL? If I am not wrong, when I contested last year, I became the second non-male DPL candidate till date," she wrote.

"Last year, my primary goal of contesting for DPL was to bring the diversity issues to the mainstream. I believe I was successful in that at least to a small extend. This year also my primary goal is the same."

Chandran said her goals this year were similar to those in 2020: promoting diversity, outreach, and community.

She said Debian needed to be better at embracing change and this was one thing towards which she would work.

Carter said he would address administrative weak spots if he were elected, highlighting an improvement in accounts, implementing an expenditure policy, building relationships with trusted organisations and formally registering the project.

He said he would also continue with what he had done in his first term: continuing with local teams and improve the process through which new maintainers come onboard.

Debian is the only free software project to have elections where the leader is voted in by the developers. Debian produces what is arguably the best community Linux distribution since its founding in 1993.

It has been the foundation for many other distributions, with the most widely used distribution, Ubuntu, being among those based on it.

More in this category: « Results of Debian vote on Stallman to be known by 17 April Work to make Linux run on M1 still in early days, says Torvalds »
Share News tips for the iTWire Journalists? Your tip will be anonymous