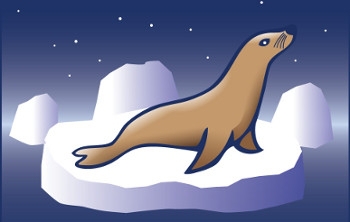 Red Hat will switch the default database in its enterprise distribution, RHEL, from MySQL to MariaDB, when version 7 is released.

According to news from the Red Hat summit which concludes in Boston on Friday, RHEL 7 will also include MongoDB.

Many changes in Fedora foreshadow changes in the enterprise distribution.

Once RHEL makes the switch, it will flow on to CentOS, a distribution that provides RHEL without the trademarks, hence making it free in terms of cost. CentOS is widely used by small businesses.

MySQL became Oracle's property after the company bought Sun Microsystems in 2010. There have been many complaints about its stewardship of what was once the last word in open-source database software.

MariaDB is a fork of MySQL that was begun by Ulf Michael Widenius under his new company, Monty Program. Widenius is one of the three co-founders of the original MySQL. The company was sold to Sun in 2008.

Earlier this year, Monty Program merged with SkySQL, a company set up in October 2010 by former employees of the original MySQL. Notable among SkySQL's ranks are former MySQL senior vice-president of global services, Ulf Sandberg, and adviser David Axmark, another of the three co-founders of MySQL.

Widenius and several others raised objections to Oracle's acquisition of MySQL but failed to stop the sale going through.

MySQL's first employee in Australia, Arjen Lentz, said Fedora and OpenSuSE were community driven, whereas RHEL's switch to MariaDB was a corporate decision with far-reaching implications.

"I presume there is not much love lost between Red Hat and Oracle (particularly since the "Oracle Linux" stuff started) but I'm pretty sure this move won't make Oracle any happier," said Lentz, who now runs his own consultancy, Open Query, from Queensland. "Thus it's a serious move in political terms."

He said that in practical terms, MariaDB should now get much more of a public footprint with people (people knowing about MariaDB and it being a/the replacement for MySQL), and direct acceptance both by individual users and corporates.

"Monty Program actually merged (aka was bought) by SkySQL a few months ago. SkySQL does not have significant activity in Australia and New Zealand, Open Query has. SkySQL is currently mainly active in Europe.

"So in terms of significance for AU/NZ, Open Query is definitely happy with this move, and is set to gain business for it. Which is nice in economic terms for Australia, it's not a foreign company with Australian clients."

More in this category: « 16 students to work on Debian during Google Summer of Code iOS 7 – Apple urges developers to update apps »
Share News tips for the iTWire Journalists? Your tip will be anonymous