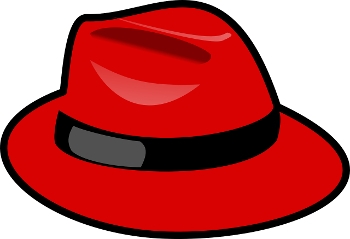 IBM's acquisition of open source company Red Hat means that Big Blue is betting that the future of cloud computing is hybrid and it has made the purchase to cover its flanks in this area, the technology analyst firm Gartner says.

In a post about the deal, analysts Dennis Gaughan and Dennis Smith said it also raised questions over the two firms' overlapping products and the consolidation of software contracts.

IBM announced in October last year that it would acquire Red Hat for about US$34 billion, buying all of the issued and outstanding common shares of Red Hat for US$190 per share in cash.

Red Hat has been in business since 1993 and has expanded its offerings from Linux to a number of open source middleware products.

In its early days, the company enjoyed the advantage of being used extensively by the US military as the US Department of Defence had certified its Red Hat Enterprise Linux product for use.

This provided the company with a large, stable customer during the early days of its expansion and 10 years ago the US Army had the largest installed base of Red Hat Linux.

Another big US Government customer is the NSA which uses Red Hat Linux for the most part to run its XKEYSCORE program – an application that The Intercept, the website run by journalist Glenn Greenwald, describes as NSA's Google for private communications.

The Gartner analysts said if the acquisition was to play out successfully, it was essential that Red Hat continue to maintain its existing relationships with other major cloud providers and hardware vendors.

And, they added, "the Red Hat OpenShift Container Platform is the key technology in this acquisition, although it currently generates only a small part of Red Hat’s revenue".

Gaughan and Smith said given that there were a large number of IBM and Red Hat customers, CIOs who wished to invest in cloud computing should list their middleware portfolios and compare them to potential combined IBM-Red Hat offerings to see where duplication might have an adverse impact.

"CIOs whose enterprises buy Red Hat technology but rely on other public cloud providers for Red Hat deployments should assess the risks they would face if those providers withdrew from partnerships with Red Hat because of the acquisition," they said.

CIOs whose businesses were IBM customers, but also had other Linux partners - like the second-biggest open-source provider SUSE, for example - were advised to make an educated guess as to when any long-term synergies may result from the acquisition.

"[And} CIOs should press IBM for roadmaps and strategy details, particularly for the cloud, Linux and middleware, as they become available," Gaughan and Smith added.

They said there were numerous other questions around the pending deal, but those would not be clear until it was cleared by the regulators. IBM expects to complete the acquisition in the second half of 2019.

More in this category: « Debian issues update to fix major package manager bug No candidates three days before nominations for Debian leader end »
Share News tips for the iTWire Journalists? Your tip will be anonymous