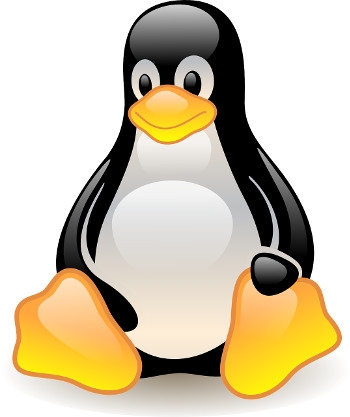 Linux kernel developer Christoph Hellwig has lost his case against virtualisation company VMware, which he had sued in March 2015 for violation of version 2 of the GNU General Public Licence.

The verdict was issued in the Hamburg District Court on 7 August.

Hellwig, who is the maintainer of the kernel's SCSI sub-system, has said he would appeal. "I'm disappointed that the court didn't even consider the actual case of reusing the Linux code written by me, and I hope the Court of Appeal will investigate this central aspect of the lawsuit," he said in a statement.

The case claimed that VMware had been using Hellwig's code right from 2007 and not releasing source code as required. The Linux kernel, which is released under the GNU GPL version 2, stipulates that anyone who distributes it has to provide source code for the same.

In its ruling (official German transcript, unofficial English translation), the court said that Hellwig had failed to prove which specific lines of code VMware had used, from among those over which he claimed ownership.

The Linux kernel itself does contain proprietary blobs but as long as these do not fit the definition of derivative works, the GPLv2 is not violated, and the code for the blob in question is not covered by the licence.

Hellwig had the financial backing of the Software Freedom Conservancy, a New York-based non-profit that helps to promote, improve, develop, and defend free and open source projects.

According to statements made by the SFC at the time of filing the case, it claimed it discovered in 2011 that VMware had failed to provide or offer any source code for the version of BusyBox included in VMware's ESXi products, an enterprise-class, type-1 hypervisor.

The SFC and VMware discussed the issue in the early months of 2012, but nothing came of the talks. Hellwig became part of the SFC's GPL Compliance for Linux Developers later that year and joined others in analysing the ESXi products.

Both the Conservancy and Hellwig claimed that VMware had combined copyrighted Linux code, licensed under the GPLv2, with their own proprietary code called "vmkernel" and distributed the entire combined work without providing or offering complete, corresponding source code.

But the court did not agree. It did not allow expert testimony while making its decision.

In a statement, the SFC pointed out that the German civil legal system was not based on precedent and the decision would not create a legally binding precedent.

"Reading the ruling, it's clear that VMware brought considerable resources to make every possible argument for dismissal," Karen Sandler, SFC executive director, said. "Christoph and Conservancy have a fraction of the resources for our enforcement efforts than VMware has at its disposal."

There have been fallouts from the case; in December last year, the SFC was forced to issue an appeal for funds, with the organisation saying a drop in donations had become noticeable after VMware was sued. And in January, the Linux Foundation came under scrutiny when it changed its rules to make it impossible for community representatives to be elected to its board, a change that was also tied to the VMware case.

BusyBox has figured in more than one case of GPL enforcement. Back in 2007, the two principal developers of the utility won a GPL violation suit against a company known as Monsoon Multimedia.

In 2008, a similar case against a company known as Super Micro Computer was settled out of court. And in 2010, a case against Westinghouse Digital Electronics, which was shipping BusyBox to several consumer electronics companies, was decided in court in favour of the BusyBox developers.