GitHub State of the Octoverse 2019 - Python popular, data science apps on the rise 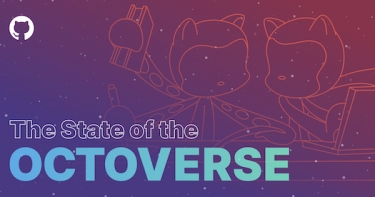 Global open-source software lifecycle and collaboration platform, GitHub, has released its annual State of the Octoverse report for 2019, revealing the latest trends across its massive set of software repositories - including 44 million added this year.

GitHub's report is available online, showing Australia to be the 12th largest user of open source in the world outside the United States (or 13th including the USA). 80% of GitHub’s usage is now outside of the USA, with Japan and the Asia Pacific - JAPAC - region becoming a global leader.

Additionally, data science applications are notably on the rise. Repositories including "deep learning”, “natural language processing” and “machine learning” have become more popular over the years with growing communities focused on data science. The many core data science packages powered by Python are lowering the barriers to data science work and proving foundational to projects in academia and companies alike.

Python outranked Java for the first time as the second most popular language on GitHub, while JavaScript remains the leader. 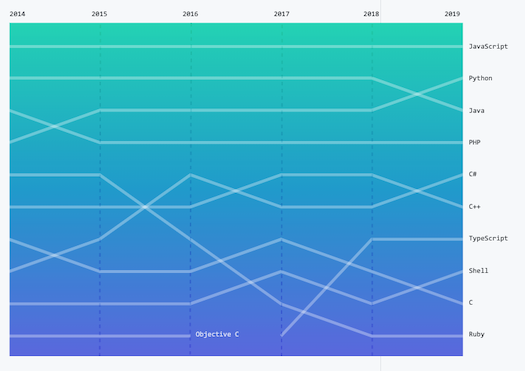 Other big numbers from the report include

The contributor growth was fastest in Hong Kong, Singapore and Japan, with 36% of GitHub’s new private repositories created in Asia.

“Asia’s contributor community has surpassed ones in Europe and North America in annual growth. This indicates a substantial shift in APAC, from being a consumer to increasingly becoming a contributor to open source,” commented Sam Hunt, VP APAC at GitHub.

“The report shows 1.7 million students have learned to code on GitHub, 55% more than last year. This is encouraging but I feel we’re only scratching the surface, the number of students across the world is much higher. Think of China for example, where about one million computer science students graduate every year. Also, there is a lot of talent that doesn’t necessarily go to university and we want to make them available and more collaborative as part of the global developer community. In a sense, I agree that there is a ‘skill connection’ issue rather than a skill shortage issue and, as we’re looking to cater for the next generation of innovators, we have a responsibility to foster and support an interconnected community, on the world's largest developer platform,” Hunt said.

More in this category: « Open source vendor SUSE gives OpenStack the boot GitHub Actions now available for all, mobile app coming, and more »
Share News tips for the iTWire Journalists? Your tip will be anonymous