The FreeBSD project has announced the availability of version 11.0, the first release of the stable/11 branch.

FreeBSD 11.0 supports the ARMv8 and RISC-V architectures and has added support for the 802.11n wireless networking standard.

The remote connection software OpenSSH has been updated to 7.2p2, the project said.

OpenSSH DSA key generation has been disabled by default. Thus, OpenSSH keys must be updated before upgrading. In another related change, support for Protocol 1 has been removed.

The project said that as several images were available before the official release and a number of last-minute issues, anyone who had installed from the images originally available should upgrade to FreeBSD 11.0-RELEASE-p1 right away.

Veteran FreeBSD developer Marshall Kirk McKusick (seen on right) said his personal favourite addition for the release was the import of the blacklist system from NetBSD. 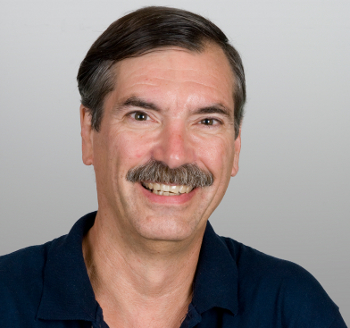 "The blacklist system collects attack information from system utilities such as ssh, ftp, and finger and uses that information to add blocking rules to the running packet filter system in real
time," he told iTWire.

"Once the attack subsides the blocking rules are rescinded. The effect is to dramatically reduce system load and also to foil mass password-guessing attacks."

McKusick, who worked with Bill Joy on the original BSD, said he was also pleased that the FreeBSD 11.0 release has a fully BSD-licensed toolchain (LLVM, LLDB, elf utilities) replacing the GCC toolchain for all of the tier-1 architectures.

"This change both modernises the toolchain and eliminates concerns over the GPL version 3 restrictions for the commercial users of FreeBSD," he explained.

"One of my favourite comments in the source control log was the one that marks the commit that makes the FreeBSD 11.0 release official," McKusick added. "It says simply 'FreeBSD now goes to 11'."

FreeBSD is one of the operating systems derived from the BSD which was developed at the University of California in Berkeley.

Along with two others that have the same roots — OpenBSD and NetBSD — FreeBSD enjoys a very good reputation for security and runs some of the Internet servers with the longest uptimes.

More in this category: « Samba project loses senior developer LUV to vote again on winding up and joining LA »
Share News tips for the iTWire Journalists? Your tip will be anonymous