Finally, one dev puts hand up for Debian leader post 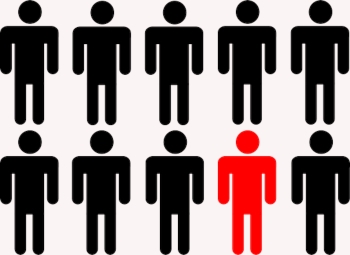 Nominations were initially slated to close on 16 March, after opening on the 3rd. The project, which puts out what is arguably the best GNU/Linux distribution, caters to a large number of architectures as well. It is the base for many other distributions, including Ubuntu.

Jaspert sponsors those who are not yet developers so they can maintain their own packages, according to his own website. He also helps people who are maintainers to transition to developer.

The campaigning period for the Debian election is from 17 March to 6 April, though that may now be pushed out by a week as well. Voting was originally scheduled to take place from 7 April to 20 April.

Meanwhile, Australian Daniel Pocock, who attempted to run for the post of leader but was knocked back on the grounds that someone who is not a developer cannot be a candidate, told iTWire that he had been on the Debian developer keyring until 2018 and was mystified as to why his credentials were not there any more.

"Personally, I am withdrawing my nomination and retiring from the political side of the Debian community completely," Pocock said. "I will continue to act as an independent Debian developer. For me, being a Debian developer is about building great software for our users, making it easy for them to get it, thinking about the greater good and acting with integrity.

"I wish Jaspert & Co well in building the next release of Debian and look forward to using it."

Asked why Pocock had been removed from the developer keyring, Jaspert said: "The account managers do not comment publicly on individual cases; as a DPL candidate it would also be wholly inappropriate for me to do so.

"Choosing its members is a right of any project. There is no right to be a member of any project, one can not demand such a status nor simply wish it into existence. It requires continual mutual trust."

As to whether the Debian constitution allowed non-developers to run for the post of leader, Jaspert replied: "The Debian constitution is publicly accessible and essential reading for anyone following these (or any political Debian) events. In this case, 5.2 is important, especially §3 from it.

"5.2 Appointment [...] 3. For the first week any Developer may nominate themselves as a candidate Project Leader, and summarise their plans for their term. [...]

"Developer in the sense of the constitution is anybody who is in the Debian keyring, with the power to admit or expel developers granted to the project leader's delegates, DAMs (Debian account managers). So more specifically, anyone where DAM said 'Yes, DD you are' and has not said 'No, DD you are no more'.

"It's an interesting read in whole, as it describes a lot of the formal procedures inside the Debian project in fine detail and helps a great load to understand how the project deals with such things."

More in this category: « No candidates three days before nominations for Debian leader end Five in running for leader of Debian GNU/Linux project »
Share News tips for the iTWire Journalists? Your tip will be anonymous