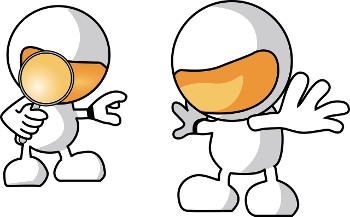 A survey of corporations and open source professionals shows that companies are experiencing an increased demand for employees with skills in open source software.

The survey was conducted jointly by the Linux Foundation, the organisation that promotes the use of Linux, and Dice, a job site for technology professionals.

According to a report, the survey, done in March this year, covered 400 companies and 4500 open source professionals. The number of corporations that participated is heavily skewed towards North America, with 77.5% of the respondents being from this geographical area.

The other companies who responded came from the following regions: 8.5% in Europe, 6.3% in Asia (other than Japan), 2.5% in South America, 1.1% in Africa, 1.1% in Japan, 1.1% in Australia/New Zealand, and less than 1% each in the Middle East, Mexico, and Central America. Respondents needed to have hired at least one open source professional in the last year, or have plans to hire open source professionals in 2016 to participate in the survey.

In addition, 4500 open source professionals responded to a survey, with 71% claiming they had been working in that line for three years or more.

The survey results indicated that among the companies that responded conditions are becoming better for open source professionals. Companies say they are increasing incentives for open source employees (79%) are willing to offer better salaries (44%), and provide more flexibility in working hours and working from outside the office (43%).

The survey report said this was an increase over the stats from a previous report in 2015 that dealt only with Linux jobs, with the three percentages in that report being 71%, 36% and 37% respectively.

Of the professionals who were surveyed, nearly a third indicated that they worked in open source because it offered interesting projects. Eighteen percent said they wanted to work with open source because they could work on challenges posed by cutting-edge technologies and 17% said they were interested because of the possibility of collaboration with a global community. Only 2% said money and perks were the factors that attracted them to this field.

Among the skills cited as being the most in demand were knowledge of cloud technologies, networking, security and container skills.

There appears to be a tendency for managers to hire professionals with certifications. The report said: "Just over half of hiring managers prioritise hiring those formally trained in open source, while 44% report that candidates holding certifications were more likely to be hired. Candidates with DevOps and application development expertise — the most marketable skills in the industry — have 58% and 60% of surveyed hiring managers seeking them out, respectively."

More in this category: « EMC {code} steps up open source activity Progress announces NativeScript 2.0 for native mobile app dev with Angular 2 »
Share News tips for the iTWire Journalists? Your tip will be anonymous