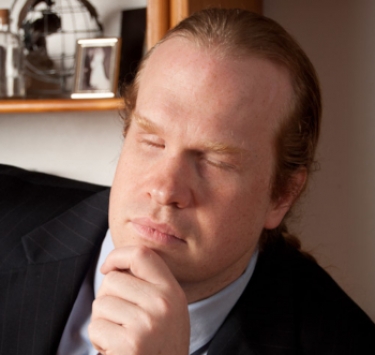 Sam Hartman: "This vote was about deciding how much effort we're willing to spend on init systems besides systemd and who does that work." Supplied

As a result of the recent vote, for which various options were outlined by different members of the project, Debian project leader Sam Hartman said the winning option was fairly close to the systemd end of the spectrum.

"My take is that Debian has considered the existing alternatives to systemd. Today, systemd is better than anything else out there, but we want to encourage development of new options in case something even better than systemd comes along," he told iTWire in response to queries.

"So, maintainers can focus on systemd today as much as they would like. But we encourage people to keep alive technology that enables exploring alternatives to systemd in the future. Sometimes we'll need to integrate that enabling technology for it to be useful. Doing that may require review and integration from a broader set of people.

"The winning option says we're interested in that review and integration, even if we have to ask reviewers to work on integration tasks they would prefer to avoid."

The decision to make systemd the default, taken in February 2014 after months of sometimes acrimonious debate, was decided by a casting vote from the chairman of the Debian Technical Committee, Bdale Garbee, after the panel split 4-4.

At that time, there were indications that project members would propose a general resolution to override the use of systemd as default.

However, that did not eventuate, Hartman said. "Such a resolution never started a formal process, although I agree back in February of 2014 it looked like it might happen. There was a related resolution later in 2014 though."

This related resolution was not about changing the default init system. "Instead, it was about deciding to what extent systemd facilities could be used," Hartman explained. "Systemd does a lot more than the things that come before it. Using these facilities makes it easier for us to write secure software that is easy to maintain. But if software depends on these facilities, it may not work if you use something other than systemd, like sysvinit."

"In that vote we decided that having a project-wide vote was the wrong way to make that decision. We decided to let our normal processes for technical policy be used rather than trying to get everyone in the project to agree on wording for how to handle complex technical issues in a general resolution."

Debian was using sysvinit before the move to replace it with systemd was taken. A great deal of the resistance to systemd was because of the attitude of its author, Lennart Poettering, a Red Hat employee, and not exactly a diplomat when it comes to communicating with other technical people in the free and open software space.

In October 2014, Poettering wrote a rant in which he blamed Linux creator Linus Torvalds for the amount of enmity directed at him by developers from various FOSS projects.

For Debian Unstable (Debian has three branches of development: stable, testing and unstable), the percentage of non-systemd may be a bit higher – perhaps as much as 2%.

"This vote was about deciding how much effort we're willing to spend on init systems besides systemd and who does that work. It was also revisiting the question from 2014 about how many systemd facilities we can use."

More in this category: « GitHub Actions now available for all, mobile app coming, and more ZFS? Simple, don't use it, says Linus Torvalds »
back to top